Please ensure Javascript is enabled for purposes of website accessibility
Log In Help Join The Motley Fool
Free Article Join Over 1 Million Premium Members And Get More In-Depth Stock Guidance and Research
By Mark Prvulovic – Apr 10, 2020 at 8:23AM

Should investors add this biotech stock to their portfolio in 2020?

There are plenty of promising biotech stocks for investors to sift through right now. One of these companies is Alexion Pharmaceuticals (ALXN), a developer of treatments for rare diseases that has seen tremendous success with its flagship drug, Soliris.

With management expecting further sales growth, there's a lot of potential upside for this company in the future. At the same time, its shares are trading quite cheaply in comparison to other biotech companies'.

Does that make this stock an automatic buy in 2020? Let's find out. 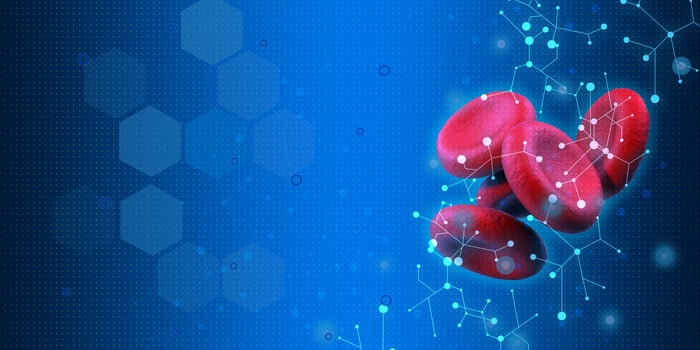 While Alexion has four revenue-generating products, 70% of the company's sales have come from one drug, Soliris. This treatment, which is provided once every two weeks via intravenous injection, targets a rare blood disorder known as paroxysmal nocturnal hemoglobinuria (PNH).

Simply put, patients with PNH lack a type of protein that protects their red blood cells from being targeted by their own immune systems. The end result is that PNH patients have very low amounts of red blood cells, which can lead to severe headaches, pain, fatigue, blood clots, recurring infections, and more serious complications.

Soliris is also used to treat another rare disease called hemolytic-uremic syndrome (HUS), which is similar to PNH in that the immune system targets red blood cells in the body. The difference is that HUS patients suffer kidney complications as well. Eventually, this can lead to kidney failure, as well as other severe problems like dangerously high blood pressure, strokes, and heart problems.

Both conditions are extremely rare, with PNH occurring in about one in 80,000 people. HUS is even less common, with an estimated frequency of 0.5 to 2.1 per 100,000. As with many rare diseases, the relatively small market for HUS and PNH means that there aren't many companies competing in this field.

As such, Alexion enjoys relatively little competition in this area. And rare disease treatments tend to carry hefty price tags; Soliris goes for as much as $500,000 per treatment, making it one of the most expensive drugs out there at the moment.

Alexion's other three treatments are Strensiq, Ultomiris, and Kanuma, although they only generate a fraction of the company's total sales. Strensiq is used to treat a rare disorder known as hypophosphatasia in which the body can't process calcium and phosphorus properly due to an enzyme deficiency. Patients who have this disease end up with malformed teeth and bones. Kanuma is used as a treatment for patients with lysosomal acid lipase (LAP) deficiency, a condition in which the body can't break down fats effectively due to a lack of a critical enzyme. Both conditions are quite rare. LAP affects about one in 40,000 people, while hypophosphatasia affects just one in 100,000 individuals(https://www.liver.ca/patients-caregivers/liver-diseases/lysosomal-acid-lipase-deficiency-lald/, https://rarediseases.org/rare-diseases/hypophosphatasia/).

Ultomiris is considered Alexion's next-generation PNH treatment. While Soliris accounts for the majority of the company's sales, it's uncertain how much longer the drug's patent exclusivity will last. One of Soliris's key patents in the U.S. expires in 2021, which could lead to an influx of generic competitors.

To counter this, Alexion has been encouraging patients to start taking Ultomiris instead. There are a couple of benefits to the newer drug. For one, it's slightly cheaper, costing $458,000 instead of Soliris's $500,000. Ultomiris also requires treatment once every eight weeks instead of Soliris's bi-monthly treatment schedule, which makes it a bit more convenient for patients.

Although there isn't much in the way of potential competition, there is one company that has made some headway in the PNH space. Apellis Pharmaceuticals reported back in January that its own PNH drug, pegcetacoplan, managed to edge out Soliris in a late-stage clinical trial that pitted the two drugs against each other.

Apellis will provide further clinical results regarding its pegcetacoplan trials in the second half of 2020. Based on this timeline, Apellis could submit pegcetacoplan for regulatory approval as early as 2021 or 2022.

It's definitely something investors should watch out for. However, Alexion still has time before pegcetacoplan becomes a potential competitor. By then, the company would hopefully have migrated a significant portion of its Soliris patients to Ultomiris instead.

Net income for the quarter came in at $899 million, which is a substantial turnaround from Q4 2018's $45 million net loss. From a full-year perspective, net income came in at just over $2.4 billion, an exponential increase from the relatively paltry $77.6 million reported in 2018.

In terms of metrics, Alexion is a surprisingly cheap stock given its growth. The company trades at a 4.3 price-to-sales (P/S) ratio. Most companies reporting a 20% annual growth rate (which would be considered growth stocks by most investors) tend to trade at substantially higher premiums. If you look at growth stocks in the healthcare sector, you'd be hard-pressed to find a company trading at a P/S ratio near Alexion's that has been growing as fast as it has. 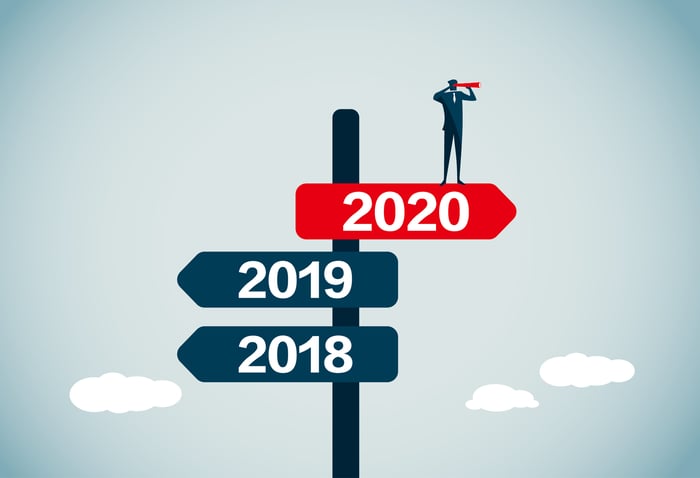 Both Soliris and Ultomiris have a number of phase 3 trials currently ongoing. The two drugs are undergoing additional trials for PNH and HUS but are also targeting new diseases as well in an effort to expand the drugs' use profile.

This includes a trial for a condition called neuromyelitis optica spectrum disorder (NMOSD), which occurs when the immune system targets the optic nerves in a patient's central nervous system. Another phase 3 trial is testing Soliris as a potential treatment for generalized myasthenia gravis (gMG), a rare life-threatening neuromuscular disease that causes muscle weakness and fatigue. NMOSD and gMG are still very rare, affecting about 10 people per 100,000 and 40 people per 100,000, respectively.

As for the coronavirus, there is no clinical data showing that Soliris (or any of the company's other drugs) is an effective treatment. However, Alexion has stated that it's open to beginning pre-clinical tests with healthcare authorities to see whether Soliris could help patients with COVID-19-induced pneumonia. Even if this turns out to be the case, though, Alexion would be somewhat of a latecomer to the coronavirus race.

There aren't many companies in the healthcare market right now quite like Alexion. Despite its impressive 20% revenue growth rate, shares of this stock are trading quite cheaply.

Despite some concerns about Soliris's patent protection, I think investors have more reasons to be bullish than bearish with Alexion right now. Strong growth from a solid business at an affordable price are the essential ingredients of a great investment, and Alexion checks all three of these criteria.