Please ensure Javascript is enabled for purposes of website accessibility
Log In Help Join The Motley Fool
Free Article Join Over 1 Million Premium Members And Get More In-Depth Stock Guidance and Research
By David Haen – Apr 10, 2020 at 6:06AM

This antibody drug developer can be had for fire-sale prices.

AnaptysBio (ANAB 4.81%) checks many boxes that make it an attractive biotech investment: It's got a sizable cash position, reputable pharma partners, and a promising drug pipeline. Throw in a depressed stock price and the company looks even more appealing. Is now the time for investors to jump in? 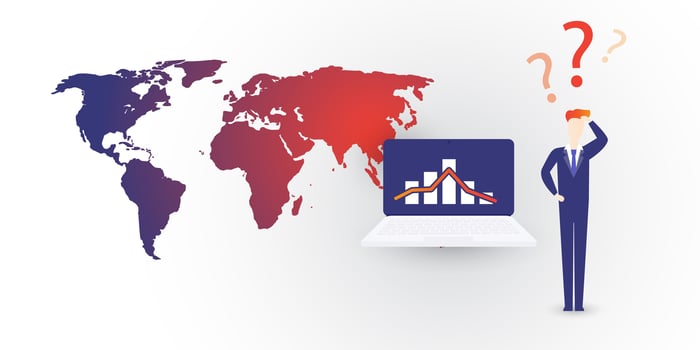 AnaptysBio had $428.5 million in cash and equivalents on its books at the end of 2019, providing ample resources for its research and development activities. The company expects a net cash burn of $60 million in 2020 and claims its current funds can carry operations into 2023. Cash-rich companies are better positioned to weather R&D setbacks or macro challenges like COVID-19, compared with companies in need of near-term funding.

In 2014, AnaptysBio forged a broad oncology partnership with Tesaro, an oncology company acquired by GlaxoSmithKline (GSK -0.56%)in 2019. It also created an inflammation-focused alliance with Celgene, now part of Bristol Myers Squibb (BMY 0.30%), in 2011.

The partnerships will help advance more compounds in parallel than AnaptysBio could do alone, but they are not huge moneymakers -- not because they were bad deals, but because they were reached in the very early stages of drug development. For example, Bristol Myers Squibb will pay AnaptysBio up to $18 million for achieving certain R&D milestones, $35 million in regulatory milestones (submissions and approvals), and a single-digit percentage of sales as royalties.

In the fourth quarter, GlaxoSmithKline filed for U.S. Food and Drug Administration (FDA) approval of Tesaro's dostarlimab as a treatment for endometrial cancer. AnaptysBio stands to earn $10 million from GlaxoSmithKline when the FDA accepts the application and another $20 million if the FDA approves the drug.

Dostarlimab, a latecomer to the field of antibodies targeting a protein called PD-1 (Bristol Myers Squibb's Opdivo and Merck's (MRK -0.40%) Keytruda are others), has been effective for patients with advanced stages of endometrial cancer for whom prior therapies have failed.

The early-stage R&D pact that AnaptysBio cemented with Celgene back in 2011 delivered a number of novel antibodies in 2014. For its part, Bristol Myers Squibb is currently advancing two anti-inflammatory molecules. One targets PD-1 and is in phase 1 trials, and the second, for an undisclosed target, is in preclinical development.

AnaptysBio made and lost fortunes for early public investors. The company's IPO priced at $15 per share on Jan. 31, 2017. In October of the same year, management took advantage of a swelling stock price to raise an additional $212.3 million at $68.50 per share. The stock continued to climb, peaking on March 2, 2018, at $128.55. As it began to recede from its highs, AnaptysBio pulled off another financing in September 2018. The company raised $227.5 million at a price of $94.46 per share. That's more than a sixfold return from the original IPO.

Unfortunately, the stock has not revisited those levels again. The price stumbled downward for the rest of 2018 and most of 2019. Then, last November, the stock imploded. More than two-thirds of the stock's price disappeared; it went from $36.16 to $10.18 in a single day following the failure of its lead drug in a phase 2 trial for atopic dermatitis, better known as eczema.

The stock currently trades in the $15 range, roughly 90% off from its former highs. Does this valuation make it attractive?

Some investors remain skeptical regarding AnaptysBio's future. As of mid-March, 35% of the shares available to trade are short. This means investors are more bearish on the stock than on the average S&P company; the percentage of shares sold short across the entire index is 22%. That said, it's possible some of the short selling is not aimed specifically at the company, but is a result of investors trying to broadly short companies because of the current COVID-19-induced market downturn.

On a positive note, if the company surprises biotech investors with good news -- say, another partnership or positive clinical trial results -- then the stock could jump, with short sellers forced to buy the stock to "cover" their position. In this way, large short positions can amplify a stock's natural response to good news.

AnaptysBio plans to report in the first half of this year on its phase 2 clinical trial of etokimab as a treatment for chronic rhinosinusitis (sinus infection) with nasal polyps. This is the same drug that failed in November for eczema. Naturally, investors remain in a "show me" mode, waiting to see whether the drug still has legs or should be written off altogether. Likewise, I fall into the camp of waiting until after the etokimab results to reconsider an investment.