Please ensure Javascript is enabled for purposes of website accessibility
Log In Help Join The Motley Fool
Free Article Join Over 1 Million Premium Members And Get More In-Depth Stock Guidance and Research
By Leo Sun - Apr 11, 2020 at 11:12AM

Baidu (BIDU 1.86%), the owner of China's top search engine, recently suspended some newsfeed channels within its mobile app to "comply with government directives." It warned that the suspension could reduce its ad revenue from those channels, but didn't specify the exact channels or the actual revenue impact.

Baidu said it would "conduct maintenance" on the newsfeed channels starting on April 8, and it would enhance its monitoring practices to strengthen the "quality and integrity" of its content. It didn't say if or when those channels would return but emphasized the rest of the Baidu app would continue operating normally.

This isn't the first time Baidu was slammed by Chinese regulators. Let's take a look back at Baidu's clashes with Chinese censors, and how this latest setback could curb its near-term growth. 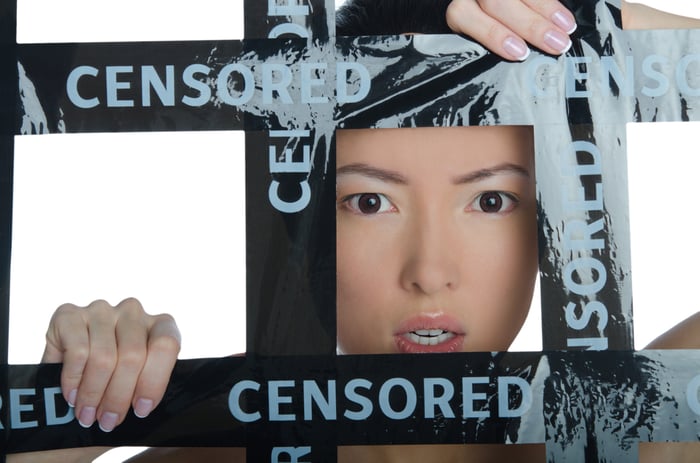 A search engine for a totalitarian government

Baidu conquered China's search market after Alphabet's Google left the country in 2010. It controls 73% of the market today, according to StatCounter. Baidu proactively censors "objectionable" content -- including articles about Tiananmen Square or Taiwan -- but still attracts attention from regulators on a regular basis.

In 2016, the government forced Baidu to remove healthcare-related ads following the death of a student who bought an experimental cancer treatment advertised on the platform. In 2017, China's Cyberspace Administration imposed "maximum" fines on Baidu, Tencent (TCEHY -0.24%), and SINA for allegedly spreading fake news and failing to block offensive content on their Tieba, WeChat, and Weibo social platforms, respectively.

In early 2019, the Cyberspace Administration temporarily suspended some of Baidu and Sohu.com's news services as part of a six-month campaign to scrub the internet of "negative and harmful" content. Therefore, China's latest crackdown on Baidu seems like a continuation of those draconian measures, which were all aimed at tightening the government's grip on nearly 900 million internet users.

How could these crackdowns hurt Baidu?

Baidu's revenue growth decelerated over the past year as its core advertising business grappled with China's economic slowdown, competition from rivals like Tencent and ByteDance, and the COVID-19 outbreak in late 2019 and early 2020. 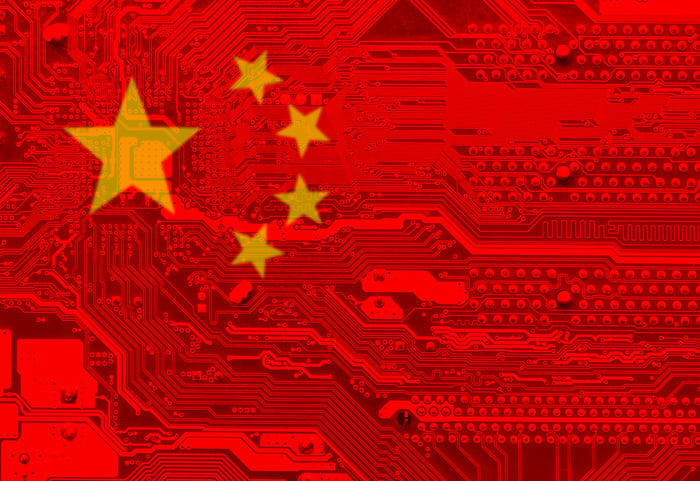 Baidu's ad revenue has declined annually over the past three quarters, and it expects another drop in the current quarter. Baidu is trying to revive that business by expanding its mobile app into an ecosystem of Mini Programs, which let users access games, e-commerce services, deliveries, and more without ever leaving the app.

Baidu still reaches a smaller mobile audience than WeChat, but it's gradually gaining ground. That growth complements the expansion of its DuerOS virtual assistant across smart speakers and other devices, its Apollo driverless platform, and AI services -- all of which could reduce its long-term dependence on its core search engine.

However, the government-mandated suspension of "certain" newsfeed channels within the app could throttle its growth in users and ad revenue. That slowdown might cause Baidu to lose ground to popular news apps like ByteDance's Toutiao or Tencent News, which is tethered to WeChat.

But let's not jump to conclusions ... yet

The suspension marks another setback for Baidu, which was also recently hit by allegations of inflated growth figures at its video unit iQiyi (IQ 4.05%). It also highlights how easily China's cyberspace regulators can force companies to remove objectionable content, and how intense the competition is between tech giants like Baidu, Tencent, and ByteDance.

However, investors shouldn't assume that the Cyberspace Administration will fine or discipline Baidu. Online dating giant Momo (MOMO 4.95%) notably faced a similar ordeal last year, but its services were fully restored after it cleaned up its platforms. Therefore, the suspension could just be a speed bump instead of road spikes for Baidu -- but investors should still monitor the situation for other red flags.