Investors in Brookfield Infrastructure Partners (BIP -0.41%) might have found a surprise addition to their portfolio earlier this month. The company gifted them with shares of Brookfield Infrastructure Corporation (BIPC 0.40%) at a rate of one share in the new entity for every nine units they previously held. It's the result of a unique stock split Brookfield completed to broaden its appeal to other investors.

Existing Brookfield unitholders, however, might have questions about what they should do with these new shares or their existing units for that matter. Here's a closer look at what this split means for current investors as well as those considering a position. 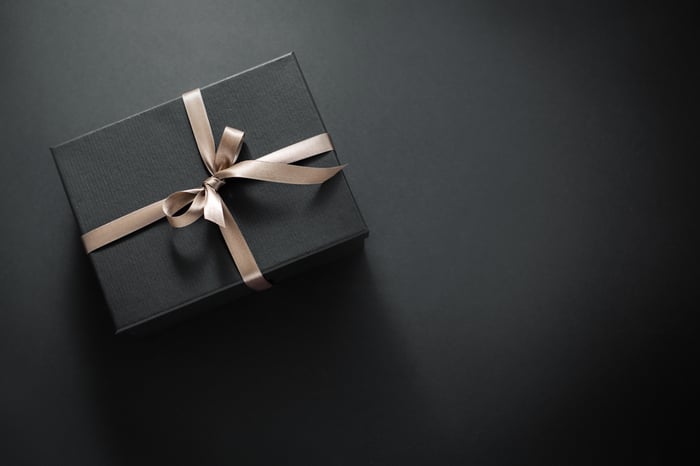 Digging into the Brookfield split

Brookfield announced plans to spilt its stock last fall. The intention was to create a Canadian corporation and broaden its investor base. It saw three main benefits:

The two entities are economically equivalent. As such, investors in either one will receive an identical quarterly cash distribution or dividend. At the current rate of a split-adjusted $0.485 per unit or share, it implies that they both yield about 4.8%.

However, there is one notable difference. Brookfield Infrastructure Partners (BIP), which is an LP, pays its unitholders a distribution. As such, they receive a Schedule K-1 at tax time. These forms usually arrive later in the tax filing period and are a bit more complicated.

Shareholders of Brookfield Infrastructure Corporation (BIPC), on the other hand, own stock in a corporation. As a result, they get paid a qualified dividend and thus receive a 1099-DIV Form, which usually comes in a consolidated 1099 form from their brokerage account.

Because BIP issues a K-1, it's ineligible for many retirement accounts. BIPC, on the other hand, won't face those same restrictions since it's a traditional corporation.

What could an investor do with a Brookfield position?

Brookfield created the new BIPC shares to be exchangeable for BIP units if an investor didn't want to manage two positions. Those who want to go that route should contact their broker on how to complete the tax-free exchange. The benefit of this option is that it would simplify the investor's position. Investors would still receive a K-1 come tax time.

Those who would rather only own shares of BIPC, however, don't have the option of direct exchange, so they'd need to sell their existing units -- which would be a taxable event -- and use the proceeds to buy BIPC shares. The benefit here would also be a simplification, not just of the position but also through the elimination of the schedule K-1. Investors considering this option -- which might make sense if they already hold units in a retirement account or plan to buy the BIPC shares in one -- should consult a tax professional.

Finally, investors can continue holding both entities. While they'd collect two income streams and receive two tax forms, it wouldn't cause too much additional work.

Which Brookfield option is best for new investors?

Prospective Brookfield investors who are considering adding this high-yielding and recession-resistant company to their portfolio also now have a choice to make. They can either buy units of BIP or shares of BIPC. While there are pros and cons of both options, the best course of action, in my opinion, would be to buy shares of BIPC in a retirement account. That's because an investor can skip the headaches of having to deal with a schedule K-1 come tax time.

A new way to invest in this value creator

Brookfield's primary aim in creating Brookfield Infrastructure Corporation was to enhance its appeal to more investors. That does create some questions for existing investors that they'll need to answer based on their situation. However, the ability to invest in this top-notch company in a retirement account without the complexities of a K-1 is a gift for many investors.