Cincinnati-based grocery chain Kroger (KR 2.28%) is partnering with its neighboring state of Kentucky to facilitate more coronavirus testing. Kentucky governor Andy Beshear announced on Sunday that Kroger would manage and provide the staff for a drive-through COVID-19 testing facility located at the Franklin County Fairgrounds in Frankfort, Kentucky -- in the middle of the state -- beginning on Monday. More testing centers could be established in the coming weeks. The company hopes to test as many as 20,000 individuals by the latter part of next month, prioritizing healthcare workers, first responders, and people who are at greater risk from an infection such as the elderly and those with chronic health conditions. 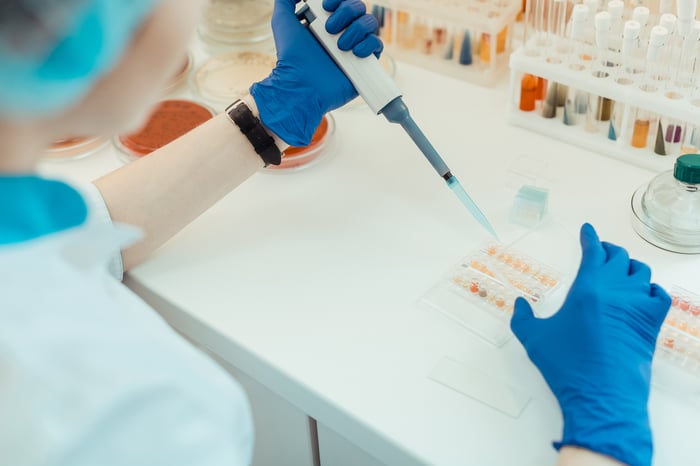 Kentucky has been something of a standout in terms of containing the spread of the coronavirus, keeping the outbreak's so-called "curve" flatter than most states have been able to. That success has put the state and its governor in a spotlight that would usually shine on more populous or harder-impacted states. This latest development in the fight against the spread of COVID-19, however, has been initiated and will largely be paid for by the Kroger company. The state is only paying for the kits themselves, and related shipping costs.

Many Kroger locations already operate primary care health clinics, giving the grocer access to most of the staff and supplies needed to make mass testing possible. Microsoft assisted with the technological aspects of online registration for testing, and Covington, Kentucky's Gravity Diagnostics is aiming for a 48-hour turnaround time on the tests Kroger's temporary facilities administer.