Reuters says Lazard, along with law firm Kirkland & Ellis, has been tapped to help keep the retailer intact.

Struggling department store chain Macy's (M -0.51%) is seeking expert help, according to reporting from Reuters on Monday. The news source suggests Macy's has hired investment bank Lazard to help it remain fiscally intact while all of its stores are closed due to the coronavirus outbreak.

Reuters cited "people familiar with the matter" without specifically naming anyone to verify the claim, although the headline is more than plausible. Even before COVID-19 spurred shutdowns of non-essential commerce in the United States, the company was backpedaling. Last year's top line fell 1.6%, prompting the decision to close up to another 125 stores over the next three years. Late last month the retailer also drew on all of an existing $1.5 billion credit facility. But, with nearly $1 billion worth of debt coming due before early 2022 and little assurance of consumers flocking back once stores are reopened, future liquidity is a grave concern. Cowen & Co. believes Macy's has less than six months' worth of cash at its disposal without dramatic changes for the better. 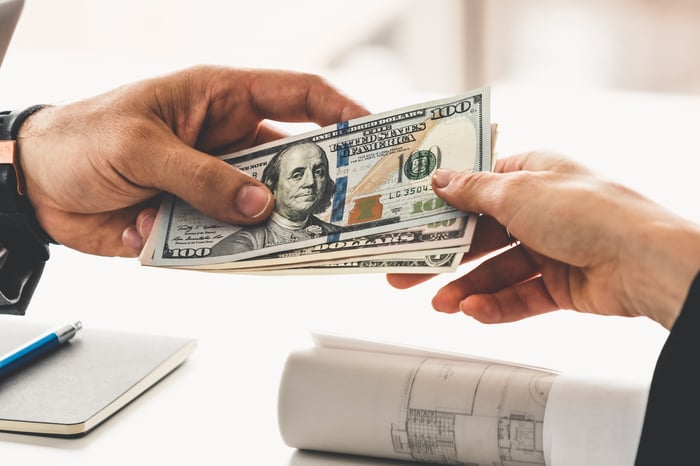 Exactly what Macy's might need Lazard to accomplish isn't entirely clear. Reuters also reported two unnamed sources said law firm Kirkland & Ellis LLP, which specializes in debt restructuring, has also been tapped, while Lazard itself could facilitate a secondary stock offering, the issuance of new debt, a combination of both, or neither. It's also possible the company could liquidate its owned real estate assets, as it has done in the recent past.

Regardless of the claim's validity, there's little doubt Macy's is very much on the defensive at this point in time.