Please ensure Javascript is enabled for purposes of website accessibility
Log In Help Join The Motley Fool
Free Article Join Over 1 Million Premium Members And Get More In-Depth Stock Guidance and Research
By Lou Whiteman – Apr 13, 2020 at 10:26AM

Shares of Sabre (SABR -1.92%) were down 18% on Monday after antitrust regulators in the United Kingdom blocked the company's planned acquisition of Farelogix. Sabre hoped to use the deal to diversify its revenue base, but those plans are at least now on hold.

Sabre, a former American Airlines Group subsidiary that runs airline ticketing and reservation systems, agreed to buy Farelogix for $360 million in an effort to better cater to discount airlines. Farelogix's technology helps airlines connect to travel agencies and consumers directly without relying on middlemen like Sabre.

But antitrust authorities in the U.S. and Europe took an unfavorable view of the deal, arguing that Farelogix's offerings were an alternative to Sabre, and not complementary. Sabre earlier this month won an initial court ruling against the U.S. Justice Department but ran into trouble in Europe. 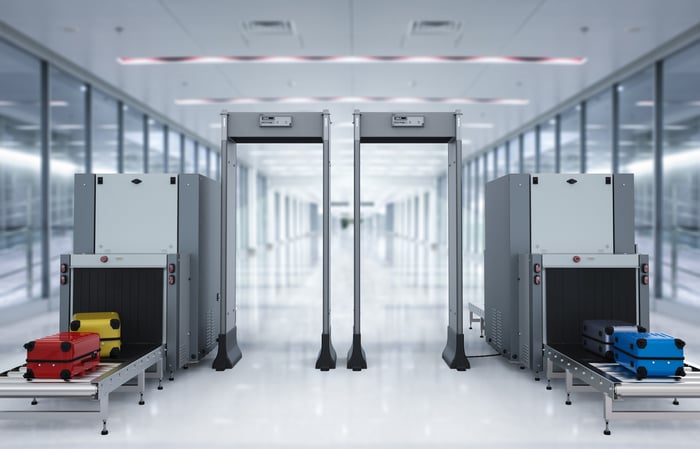 The United Kingdom's Competition and Markets Authority (CMA) late last week blocked the proposed acquisition, concluding that combining the two companies "could result in less innovation in their services, leading to fewer new features that may be released more slowly. Fees for certain products might also go up. As a result, airlines, travel agents and U.K. passengers would be worse off."

The CMA noted that Sabre had won a court battle against the Justice Department, but said, "the CMA's job is to protect competition in the U.K. for the benefit of U.K. consumers, and its processes, and grounds for assessment, are different to those in the U.S.A." The Justice Department is also free to appeal the decision that went against it, the CMA noted.

The battle is not over yet, but Sabre certainly now has its work cut out for it if it hopes to eventually acquire Farelogix. The decision comes at an unfortunate time for the company, with its airline customers hit hard by the COVID-19 pandemic.

If history is a guide, discounters bounce back first in a recession, because they are able to stimulate demand via low fares. This is a part of the market Sabre desperately needs to expand into eventually, and it could have used the overnight boost via an acquisition. Investors on Monday are clearly disappointed that the quick boost is not going to happen.