Attempting to help its 460,000 supermarket and drugstore personnel get personal protective equipment during the COVID-19 outbreak, The Kroger Co. (NYSE:KR) asked both federal and state governments today to declare its workers temporary emergency personnel. An official designation as "extended first responders" would give them high-priority access to surgical masks, protective gloves, and other gear to help prevent coronavirus infection.

Workers at supermarkets and pharmacies stand at the front line of those who are supplying essentials such as food and healthcare supplies to Americans during the pandemic. The job necessarily involves a high level of exposure to the general public and potential infection. The hazards are starkly illustrated by the announcement of the deaths of four Kroger employees today in Michigan, the state currently with the most COVID-19 cases after New York. 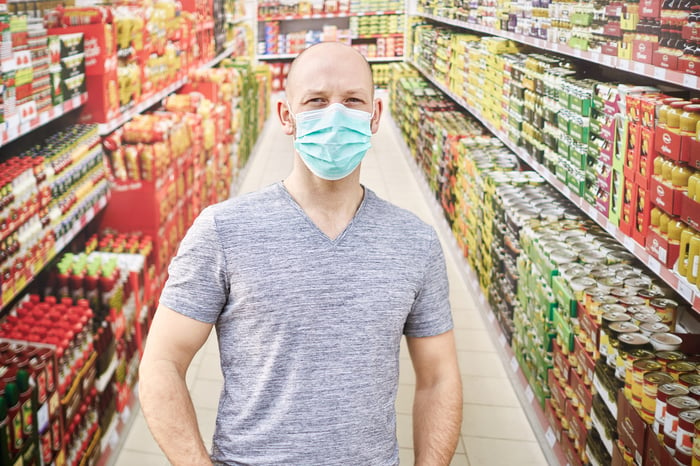 The United Food and Commercial Workers International Union, or UFCW, issued a joint statement together with Kroger. Kroger CEO Rodney McMullen and UFCW President Marc Perrone said the designation of the workers as first responders was "absolutely critical" to protect the employees, people shopping for necessities, and the national food supply itself.

The UFCW and Kroger previously worked together to develop a plan to give the latter's employees a temporary $2 per hour pay boost, emergency paid leave, shorter store hours, and expanded cleaning and sanitation measures starting on April 1. Kroger has also started drive-through coronavirus testing in Kentucky.

McMullen and Perrone stressed the grocery sector's vital role, especially during the pandemic, by stating, "As all Americans are now witnessing -- grocery workers play a critical role in our communities and they must be protected."