Please ensure Javascript is enabled for purposes of website accessibility
Log In Help Join The Motley Fool
Free Article Join Over 1 Million Premium Members And Get More In-Depth Stock Guidance and Research
By Danny Vena – Apr 14, 2020 at 10:03AM

The streaming pioneer has beat the market by a country mile since mid-February, so investors are expecting a lot.

While the vast majority of companies have been negatively affected by the COVID-19 coronavirus pandemic, that hasn't been the case with Netflix (NFLX -4.49%). Since the bear market began its downward descent on February 19, the S&P 500 has declined more than 18%. At the same time, Netflix has actually gained 3%.

Anecdotal evidence suggests the company's pole position in streaming video and its library of thousands of programs have made it the platform of choice for consumers affected by stay-at-home orders, and investors are banking on that being true.

Netflix will pull back the curtain and lay any questions to rest when the company reports the financial results of its first quarter after the market close on Tuesday, April 21. 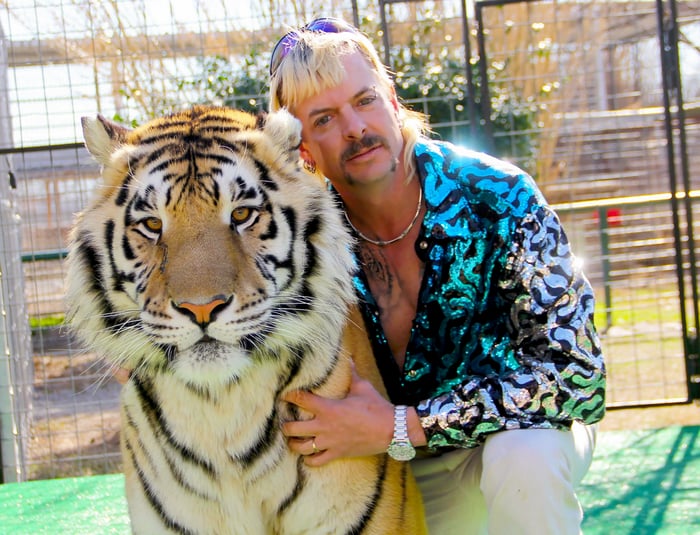 The bulls are running

More than any other metric, Wall Street and investors alike watch Netflix's subscriber growth with a weather eye. When Netflix announced its fourth-quarter earnings in January, it guided for global streaming customers to increase by 17% in the first quarter, with net new paid subscribers of seven million, bringing the total to 174 million.

That was before consumers couldn't go to movie theaters, bars, restaurants, concerts, theme parks, or even churches. Reports suggest people have increasingly turned to Netflix programming to pass the time. While estimates vary, analysts are in near-universal agreement that the company's initial forecast is likely far too conservative.

A recent missive from SunTrust Robinson Humphrey analyst Matthew Thornton is among the most enthusiastic, but illustrates Wall Street's growing bullishness toward the streaming giant. Thornton analyzed a combination of search data, app downloads, and regional data, and postulates that Netflix will report near-record-high subscriber additions of at least 9.5 million, 2.5 million ahead of the company's forecast and two million above analysts' consensus estimates of 7.5 million.

He's not the only one. Last month, Credit Suisse analyst Douglas Mitchelson noted a heavy increase in downloads of the Netflix app in areas ravaged by coronavirus. In Italy and Spain, two of the areas hardest hit by the pandemic, app downloads increased by 100% and 50%, respectively. The data revealed a similar pattern in Hong Kong and South Korea, which increased roughly 100% and 33%, respectively, from where they started the year. The information seems to suggest that when consumers are forced to stay indoors, they turn to Netflix for entertainment.

Everything else just falls in line

Subscriber numbers are the linchpin of Netflix's success, so if the company exceeds its subs guidance, every other metric will likely fall into place. Management forecast first-quarter revenue of $5.73 billion, an increase of 27% year over year, with a near-record operating margin of 18%, generating net income of $750 million, more than doubling from the prior-year quarter. This would result in earnings per share of $1.66, up 118% year over year.

After beating the overall market by more than 20% so far this year, investors already have elevated expectations for Netflix's results. If the company exceeds its subscriber forecast, which many now believe will be the case, most of the company's financial metrics will get a lift from the additional subs. If, however, subscriber growth isn't as robust as expected, Netflix stock could get pummeled.