The mobile game had its best-ever month by far in March.

Tencent's (TCEHY 1.56%) Player Unknown's Battlegrounds (PUBG) Mobile topped the mobile app revenue charts for the third straight month this year, according to data from Sensor Tower. The mobile entry in the popular battle-royale genre posted record player spending in March, raking in $232 million in revenue -- increasing 21% compared February's sales and more than tripling year over year. Tencent's Honor of Kings also charted well in the month, recording $112 million in revenue and coming in as the second-highest grossing mobile game for the period.

The battle-royale genre (which sees players competing against each other on large maps to be the last person standing) rose to incredible popularity in 2018. While Fortnite was once the undisputed sales champion of the genre, PUBG Mobile now has much more momentum and is crushing the rival game on smartphone and tablet platforms. Tencent also owns a 40% stake in Epic Games -- the company responsible for Fortnite. 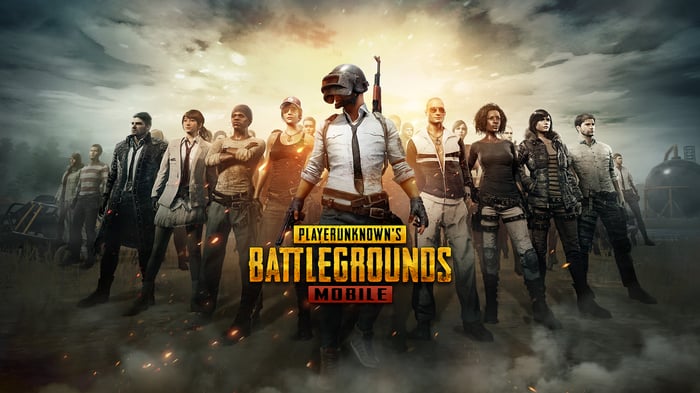 How is PUBG Mobile growing so fast?

Video games have seen heightened levels of engagement as people have been isolating and staying inside in response to conditions created by the novel coronavirus pandemic. PUBG Mobile also benefited from the launch of special in-game events last month that celebrated the game's two year anniversary and offered special player incentives.

Its more than three-fold March sales increase also partially stems from the title's release timing in China. The game (which exists in a modified format in China and goes by the name Peacekeeper Elite) had to be changed in the country to meet regulatory standards before being rereleased last May. Tencent's battle-royale hit has seen fantastic momentum since relaunching with monetization privileges, and the Chinese market accounted for roughly 61% of the title's sales last month.