In the yearlong dispute between these two self-driving car companies, the case is now closed.

In these challenging economic times, Tesla (TSLA -6.88%) will soon be adding an unknown amount of cash to its reserves after resolving a legal dispute. The electric-vehicle maker and Zoox, a self-driving-car start-up, announced yesterday that they've reached a settlement regarding Tesla's March 2019 lawsuit, according to which Tesla will receive an undisclosed monetary payment. Additionally, Zoox has agreed to conduct an internal audit to confirm that former Tesla employees are adhering to confidentiality agreements.

The settlement stems from a March 2019 lawsuit in which Tesla alleged that Zoox and former Tesla employees who went to work for Zoox, in part, tried to "steal Tesla's proprietary information and trade secrets to help Zoox leapfrog past years of work needed to develop and run its own warehousing, logistics, and inventory control operations." 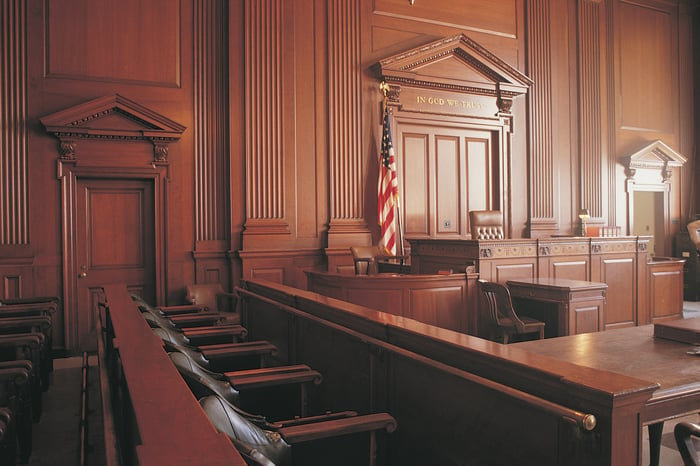 In the statement announcing the settlement, Zoox said it "acknowledges that certain of its new hires from Tesla were in possession of Tesla documents pertaining to shipping, receiving, and warehouse procedures when they joined Zoox's logistics team, and Zoox regrets the actions of those employees."

Zoox is focused on robo-taxi applications of its self-driving-car technology -- an area in which Elon Musk, Tesla's co-founder and CEO, has also demonstrated enthusiasm. Last year, for example, Musk claimed that Tesla would have a million robo-taxis on the road sometime in 2020. Competition in this nascent market, however, transcends Tesla and Zoox. Ridesharing companies Uber and Lyft have also expressed interest in pursuing self-driving car solutions.

How realistic is the idea of robo-taxis shuttling passengers around? According to UBS Group AG analysts, the market may be worth more than $2 trillion a year in the next decade.