Please ensure Javascript is enabled for purposes of website accessibility
Log In Help Join The Motley Fool
Free Article Join Over 1 Million Premium Members And Get More In-Depth Stock Guidance and Research
By Dave Kovaleski – Updated Apr 16, 2020 at 10:39AM

Banking groups say the $349 billion in funds available to small businesses through the federal Paycheck Protection Program (PPP) are depleted.

Both the Consumer Bankers Association and the Independent Community Bankers of America, which represent U.S. banks, released statements saying funds have run out and more is needed. The $349 billion was authorized by the passage and adoption of the $2.2 trillion CARES Act.

"Banks have been working around the clock to implement the Paycheck Protection Program, which is now depleted after less than two weeks," Consumer Bankers Association President and CEO Richard Hunt said. "Small businesses are continuing to submit loan applications and existing applications are still pending SBA approval. Additional funding for all lenders is needed now to ensure there are no breaks in service to small businesses seeking assistance as a result of the coronavirus outbreak." 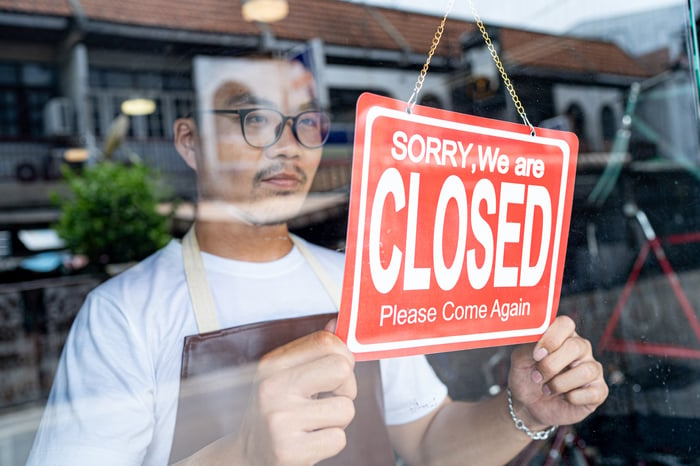 CBA, along with the American Bankers Association, Bank Policy Institute, and Financial Services Forum, sent a letter to congressional leaders calling on them to authorize additional funding for small businesses.

Further, CBA officials asked the Treasury Department and the Small Business Administration to continue to allow bankers to process applications in the SBA's E-TRAN system so that they can create a queue for when more funding is authorized.

ICBA officials are also requesting an additional $250 billion in PPP funding, with 25% set aside for community banks with $50 billion or less in assets.

"The millions of men and women who work at America's small businesses and their families are battling a health crisis while also facing an economic crisis unless Congress authorizes additional funds for this program," Hunt said.