Please ensure Javascript is enabled for purposes of website accessibility
Log In Help Join The Motley Fool
Free Article Join Over 1 Million Premium Members And Get More In-Depth Stock Guidance and Research
By Eric Volkman – Apr 16, 2020 at 8:11AM

This won't be the first time these companies have fought in court over intellectual property related to e-cigarettes.

In the lawsuit filed in a Virginia federal court on Thursday, British American alleges that certain features of IQOS, a smoking device made by Philip Morris and distributed in the U.S. by Altria, infringe on its patents. British American makes a similar product called Glo, which, like IQOS, heats tobacco rather than burning it.

British American says it has also filed a similar complaint with the International Trade Commission. 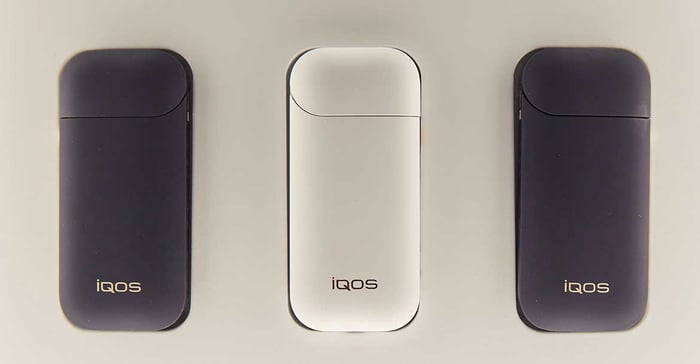 In a statement quoted by The Wall Street Journal, British American said "[g]iven the significant investment we have made in developing our products, we simply cannot allow competitors to use our patented innovations and technology in their devices without a license."

Altria and Philip Morris have both pledged to "vigorously" defend themselves.

The latter tobacco company is already at odds with British American over alternative consumption devices. In 2018, Philip Morris brought a lawsuit in Japan alleging that Glo is, in fact, the product that has infringed on certain patents covering IQOS technologies. The resolution of that legal action is still pending.

The stakes are high with alternative smoking devices such as Glo and IQOS. Cigarette sales volumes have been notably on the decline, and theoretically healthier alternatives could make up for the declines. IQOS was introduced to the U.S. last October, and so far is the only tobacco heating product on the market.

On Thursday, BAT, Altria, and Philip Morris stocks all rose, by 2.8%, 1.9%, and 0.9%, respectively. They were helped by a stock market that also moved higher on the day, buoyed by positive investor sentiment about consumer goods stocks.