Please ensure Javascript is enabled for purposes of website accessibility
Log In Help Join The Motley Fool
Free Article Join Over 1 Million Premium Members And Get More In-Depth Stock Guidance and Research
By Rich Duprey – Apr 16, 2020 at 9:31AM

It indicates things could be much worse for the theme park operator than many believe.

Disney (DIS -0.63%) has taken extensive measures to protect its far-flung entertainment empire from the coronavirus pandemic, but is now seriously threatened. Although the extreme actions were necessary and analysts are forecasting a substantial hit to financial performance, the far-reaching implications may actually be worse than predicted.

Hints of what investors might expect were contained in an agreement Disney reached with the Service Trades Council Union, which represents the theme park employees at Walt Disney World who are being furloughed. This could be much more catastrophic than thought. 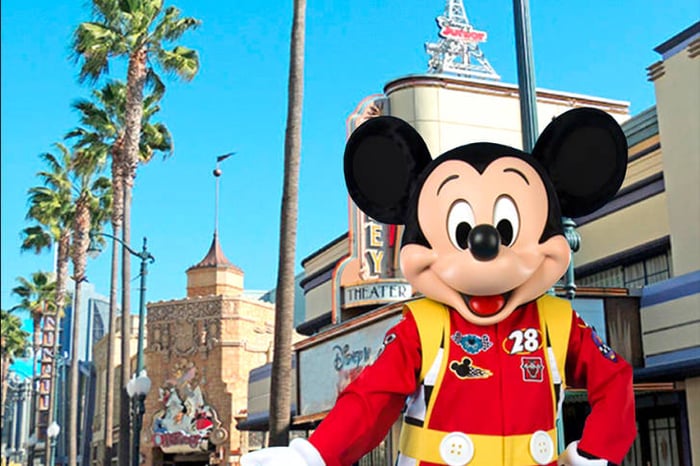 Where the entertainment giant originally forecast a $145 million loss in operating profits from the park closures, Wells Fargo analysts more recently suggested Disney could suffer a loss of more than a quarter of its enterprise value from the pandemic's impact to all of its operations.

The company is trying to minimize the full effect on its operations, and announced it will furlough 43,000 workers at Disney World beginning April 19, though some 200 will remain on duty to maintain basic operations.

In a negotiated agreement with the union, Disney employees will continue to be eligible for their medical, dental, vision, and life insurance benefits during the entirety of the furlough, while getting paid for accrued, unused vacation time or paid time off.

Going dark for a long time to come

Yet Disney admits it doesn't know how long its parks will remain closed. Dr. Anthony Fauci, who serves on President Trump's coronavirus task force, recently said he believes it's possible a "rolling reentry" of the economy could start next month.

Whether theme parks would be permitted to open then, or whether Disney would even want to start up its operations so soon, is unknown. But the union furlough agreement indicates the park operator doesn't expect a return to normalcy anytime soon. Certainly not measured in weeks, and not even months.

Disney's agreement with its Disney World employees says the entertainment giant will pay for their health benefits for 12 months. While that's undoubtedly a worst-case scenario built into the negotiations, it indicates just how severe and how long Disney thinks it could be before it's up and running again.

Disney is right to plan for such a dramatic disruption because it seems highly unlikely that theme parks will be among the businesses allowed to reopen in the first wave of getting the economy going again.

Moreover, an expensive vacation to a Disney resort is probably going to be at the bottom of the list of the first things people will do once they start earning an income again. Banks, financial businesses, and mortgage companies have rightly put many loans into penalty-free forbearance during the pandemic, and those with substantial debt ought to be focusing on getting their finances back on track.

The implications for Disney are enormous.

A big hole to fill

Theme parks are crucial for the company. The division employs 177,000 cast members and accounted for 37% of Disney's $69 billion in revenue last year. Closing its operations for a year would severely damage the company's financial statements.

According to MMGY Travel Intelligence and Destinations International Foundation, their survey of industry professionals found 95% of travel and tourism destinations expect to resume their paid promotional advertising campaigns by June.

That seems a bit hopeful, and Disney may be suggesting the worst of the pandemic has a long way to go yet.