Its COVID-19 treatment could be a game changer.

Shares of the large-cap biotech Gilead Sciences (GILD -0.76%) jumped by as much as 16.1% in after-hours trading Thursday afternoon. The biotech's stock leaped higher after an encouraging report by the science and medical news website STAT suggesting that Gilead's antiviral medication remdesivir may be effective at treating patients hospitalized with severe cases of COVID-19.

While the preliminary data shouldn't be taken as gospel by either patients or investors, these initial results are impressive nonetheless. In one trial by the University of Chicago Medicine, for instance, researchers reported that the vast majority of patients treated with remdesivir were discharged in less than a week, and only two patients died during the study. 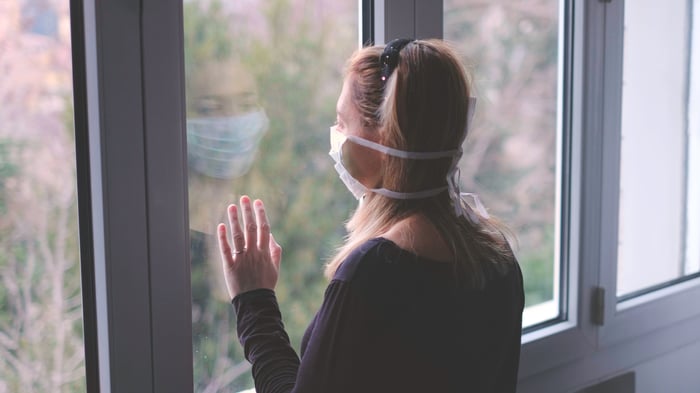 If the remaining study results are equally as noteworthy, Gilead should have a strong case for a historically quick approval for remdesivir in the United States, and perhaps in several international territories as well. The Food and Drug Administration has already signaled that it is willing to green-light a viable COVID-19 treatment in record time.

The big deal from an investing standpoint is that an approval should land Gilead a multibillion-dollar payday. While remdesivir's price point probably won't be as rich as Gilead's other antiviral medications, there should be more than enough demand to push this drug into blockbuster territory (sales greater than $1 billion per year) within a few short months.

The full results from this late-stage trial should be released any day now. As such, biotech investors will definitely want to keep a close eye on this rapidly developing story.