Please ensure Javascript is enabled for purposes of website accessibility
Log In Help Join The Motley Fool
Free Article Join Over 1 Million Premium Members And Get More In-Depth Stock Guidance and Research
By Keith Speights – Apr 17, 2020 at 10:42AM

But it's too early to draw any firm conclusions from what is still anecdotal data.

Healthcare industry news website STAT reported late Thursday that early data from a clinical trial testing Gilead Sciences' (GILD -2.19%) drug remdesivir as a treatment for COVID-19 appear to be very promising. STAT obtained videoconference footage from a meeting with University of Chicago faculty involved in a late-stage study of the antiviral drug.

Of 125 patients enrolled in that section of the larger study, 113 had severe cases of COVID-19. STAT's article stated that nearly all of the patients treated with remdesivir at University of Chicago Medicine had been discharged from the hospital, and only two had died. The report fueled a big stock market jump in after-hours trading Thursday and before the bell Friday, with shares of Gilead Sciences soaring by a double-digit percentage. 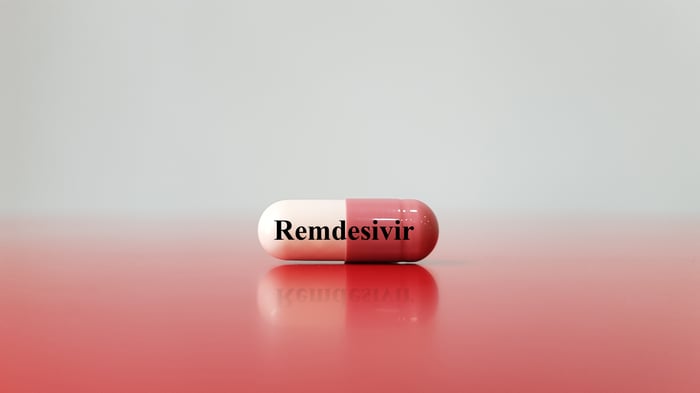 No results for late-stage clinical studies of remdesivir in treating COVID-19 have been officially released by Gilead or any other party. The information reported by STAT is only anecdotal at this point. The University of Chicago said in a statement to STAT that "drawing any conclusions at this point is premature and scientifically unsound."

However, that preliminary information certainly appears to be encouraging. In the video obtained by STAT, Kathleen Mullane, who is leading the remdesivir studies at the university, said that most patients with severe COVID-19 were discharged within six days.