Investors in Nordstrom, Ralph Lauren, and Urban Outfitters had a good day.

Shares of some upscale retail and apparel chains were rising on Friday, as news about a potential treatment for the COVID-19 virus set off a broad-based market rally.

Here's where things stood as of 2:45 p.m. EDT for these three companies' stocks, relative to their closing prices on Thursday.

News that a trial of a potential treatment for the COVID-19 virus has shown signs of success appeared to be the trigger for a broad-based market rally on Friday. Anything that might hasten the reopening of these three companies' brick-and-mortar stores would be a bullish signal, so it's no surprise that Nordstrom, Ralph Lauren, and Urban Outfitters all rallied on Friday afternoon. 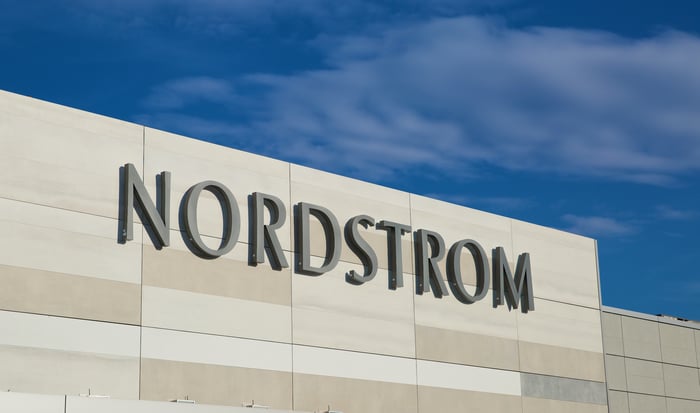 That might be the whole story. But you, dear reader, clicked on this article hoping for a more substantive update, and I don't want you to be disappointed. Here are the most recent developments for each company.

Retail-focused investors will have to wait a few more weeks for updates from the management teams at each of these three companies when they report earnings next month. Urban Outfitters will report its fiscal 2021 first-quarter results on May 19. Nordstrom and Ralph Lauren haven't yet announced dates for their next quarterly reports, but both typically report in the second half of May.