Please ensure Javascript is enabled for purposes of website accessibility
Log In Help Join The Motley Fool
Free Article Join Over 1 Million Premium Members And Get More In-Depth Stock Guidance and Research
By Anders Bylund – Apr 18, 2020 at 1:19AM

Fans and customers are upset over a more restrictive refund policy in the middle of -- and triggered by -- the COVID-19 crisis.

Ticketmaster and parent company Live Nation (LYV 1.04%) found itself in hot water this week. An unwelcome change to the ticket seller's refund policy in the midst of the coronavirus crisis attracted attention from the U.S. Congress, resulting in a quick apology.

First, fans found out that Ticketmaster had changed its ticket refund policy by simply updating the policy's Web page, leaving press releases and official announcements out of the process. And it wasn't a fan-friendly update. Refunds used to be available when events are "postponed, rescheduled, or canceled." Over the last weekend, Ticketmaster quietly changed that to allowing refunds only where "your event is canceled."

Ticketmaster's customers were quick to raise complaints about this policy change, arguing that the company is trying to rip people off. The company said it is trying to reschedule as many shows as possible, making it difficult to pay out refunds for uncanceled events. 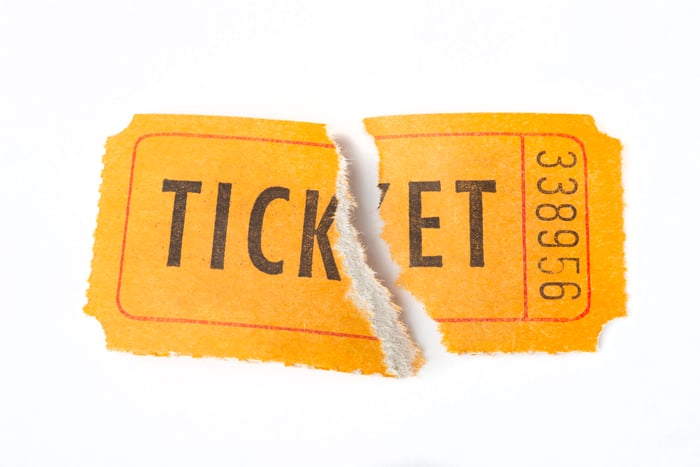 The story took a sharp turn on Friday, when U.S. Reps. Bill Pascrell (D-New Jersey) and Katie Porter (D-California) wrote an open letter to Live Nation and Ticketmaster, asking for financial details and a quick refund to any customer who requests it.

A few hours later, Ticketmaster President Jared Smith published an open letter of his own, noting that 55,000 events were scheduled between March 1 and the end of 2020, 12,000 have been canceled, 5,000 have been rescheduled, and the company is working on rescheduling options for the remainder.

"Neither our clients, nor Ticketmaster, intend to withhold refunds on postponed shows," Smith said. "As of today, both Live Nation Entertainment and AEG Live, two of our largest event organizers, have announced they will begin to provide refunds, on a rolling basis, for all events impacted by COVID-19."

The updated refund policy still stands, and it's unclear exactly when Ticketmaster's customers can expect refunds for concerts and sporting events that may not be possible to arrange this year. Expect a few more rounds of apologies and complaints as this drama develops.