Last year may be the last time in a long time the industry sees any growth.

Craft beer sales are still growing. The Brewers Association reports small and independent brewers produced 26.3 million barrels of beer in 2019, or just under 4% growth from the year-ago period.

While that represents a continued slowdown in the industry's expansion, it's considerably better than the overall beer industry, which suffered a 2% decline in production, or double the rate it experienced the year before.

Yet even as the number of new craft breweries opened also continued to grow, rising to 8,275 (some 825 net new openings over 2018), the underlying weakness of the business is still present, and the coronavirus pandemic will only exacerbate it. 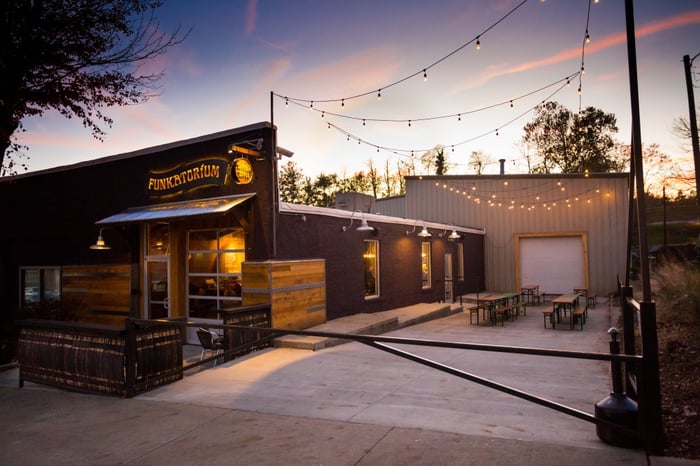 Belly up to the bar

On-premise consumption (drinking at bars, restaurants, and other venues) has always been a key component of craft beer sales, accounting for as much as 40% of the total. But the rise in popularity of brewpubs, taprooms, and tasting rooms added a new dynamic that helped reverse long-term declines.

Certainly the smallest brewers were building out these on-premise avenues to supplement off-site sales at packaged goods stores and elsewhere, but even the largest brewers saw the evolution occurring.

Boston Beer (SAM -2.57%) recently opened its third beer hall, while Anheuser-Busch InBev (BUD -0.62%) bought into the trend early on, opening taprooms for some of its craft beer labels.

Yet restaurants, bars, and brewpubs were among the first businesses that were shut down to help control the spread of COVID-19, the disease caused by the coronavirus. The closures could hasten many of these venues' exits from the market.

An industry at risk of going dark

Although the craft beer industry is still growing, it's growing at a slower rate than before, which is not surprising giving the industry's maturity. What is worrisome are the number of breweries that are closing.

A survey of member craft breweries by the Brewers Association found that while just 14% could last only a month or less, 60% of respondents could only survive three months if current social distancing practices remained in effect.

The trade group was already expecting 4% to 5% of all craft brewers to close this year, which would represent between 330 and 400 breweries shutting their doors, but the pandemic could exacerbate that dramatically, calling it an "existential threat" to the industry.

The face of craft beer will be altered

There was an initial surge in beer sales at the start of the pandemic as consumers raced to hoard beer ahead of shelter-in-place orders, and companies such as Boston Beer have been further bolstered by a massive upswing in hard seltzer sales.

These numbers suggest consumers were stocking up on seltzer just as much as they were beer at the outset, though there is much more sustained demand for one than the other. What it means is the biggest craft brewers, particularly those that diversified their beverage offerings away from beer, should emerge from the pandemic in at least as good of shape as they were in beforehand.

The smallest brewers, though, will be severely tested, and the longer the crisis drags on, the more of them we'll see go under, upsetting the balance and forever changing the complexion of the industry.