Please ensure Javascript is enabled for purposes of website accessibility
Log In Help Join The Motley Fool
Free Article Join Over 1 Million Premium Members And Get More In-Depth Stock Guidance and Research
By Howard Smith – Apr 20, 2020 at 10:12AM

All 900 workers at the North Dakota plant are given stay-at-home quarantine orders.

After screening about half of the 900 employees, a total of 110 COVID-19 cases have been confirmed among plant workers and their close contacts, according to a briefing by North Dakota Gov. Doug Burgum. The state issued a 14 day quarantine order for all employees. GE has said the plant will be closed for a minimum of two weeks as it conducts disinfection and cleaning, according to the briefing. Employees will be paid during this time. 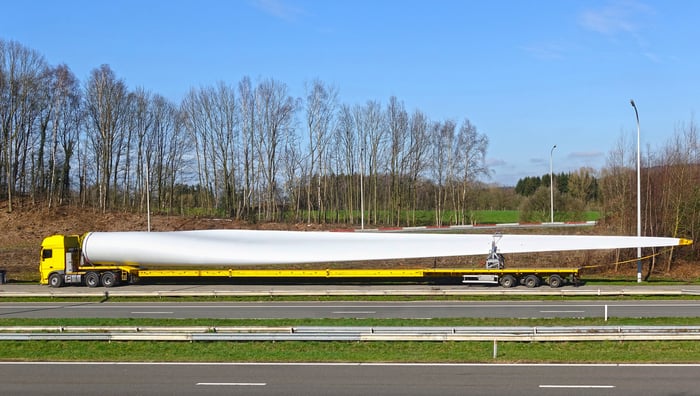 Assembling each turbine blade takes a crew of 100 workers approximately two days, according to the company. GE Renewable Energy has over 42,000 units installed worldwide and is one of the world's leading suppliers.

GE has also been using its technology to help fight the pandemic. Its GE Healthcare business unit has signed a contract with the U.S. Department of Health and Human Services (HHS) to manufacture 50,000 ventilators, in partnership with Ford Motor Co. (F -1.20%), it was announced last week.