The deal is the largest contract for ventilator production by volume.

HHS had previously announced it was contracting with General Motors (GM -1.07%) for 30,000 ventilators at a cost of $489.4 million. GM is working with privately held Ventec Health Systems to produce its critical-care ventilator, VOCSN. 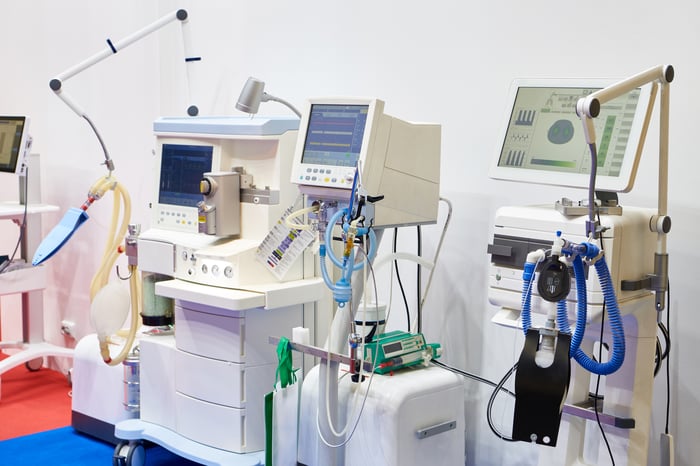 Ford and GE Healthcare will begin producing ventilators under the DPA contract next week at a Ford facility in Michigan, according to a report by CNBC. At a per-unit cost of $6,720, the ventilators for the GE contract are about 60% cheaper than those being produced by the GM-Ventec venture. GE Healthcare also has a separate federal contract for 2,410 more complex ventilators at a unit cost of $26,600, per the report.

Ventilators have different levels of cost and complexity. Tom Westrick, vice president and chief quality officer of GE Healthcare, previously said these more "basic" ventilators, which are being licensed from Florida-based Airon Corporation, are "well-suited to address the urgent needs during the COVID crisis," according to the report.

Both GM and Ford have said that the ventilators being produced under the DPA contracts are at cost.