Please ensure Javascript is enabled for purposes of website accessibility
Log In Help Join The Motley Fool
Free Article Join Over 1 Million Premium Members And Get More In-Depth Stock Guidance and Research
By Bram Berkowitz – Apr 20, 2020 at 10:38AM

Century Bank saw net income increase 2.6% in the first quarter, while many of the big banks reported profit declines ranging from 30% to 90%.

Six of the largest banks in the U.S. have now reported major profit declines in the first quarter of 2020, ranging from 30% to 90% on a year-over-year basis. The news did not exactly come as a surprise considering the impact that the coronavirus pandemic has had on the economy. Banks have been forced to set aside lots of cash to cover bad loans and other losses they likely will incur in the coming months. Although most of the industry is expected to follow suit, a small bank in Massachusetts has managed to buck the trend.

Century Bancorp (CNBKA), the holding company of Century Bank and Trust and one of the first small banks to release first-quarter earnings, surprisingly reported year-over-year profit growth in the first quarter, a huge accomplishment considering what happened in March.

Century Bank is a $5.5 billion asset bank in Medford, Massachusetts, with 26 branches. It's a pretty standard community bank that originates a variety of residential and commercial loans to small and medium-sized businesses, as well as local governments, and large healthcare and education institutions in New England.

Let's take a look at how Century pulled off this feat and what it could mean for other small bank stocks. 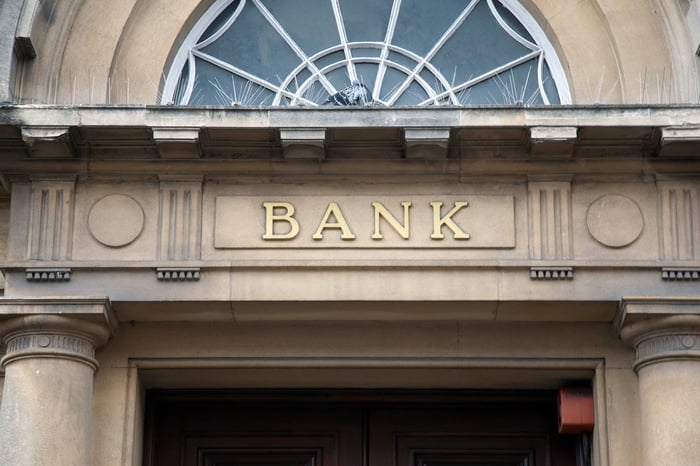 How did Century Bank do it?

The bank reported a net income of $9.7 million for the quarter, or $1.74 per share (an increase of 2.6% year over year). And nothing in the financial results suggests that earnings have been manipulated to look better than they actually are.

In line with the big banks, Century Bank took a large provision for loan losses (a quarterly expense that banks add to their total reserves to cover potential loan losses). Its provision for loan losses in the first quarter was $1.075 million, up from $550,000 in the linked quarter and $375,000 in the first quarter of 2019. The bank chose not to adopt the new current expected credit losses (CECL) accounting method, which requires banks to forecast losses on the life of a loan as soon as that loan is originated and added to the balance sheet.

This policy went into effect on Jan. 1 and is expected to increase the loan reserves at most banks, which cut into profits. However, in response to the coronavirus, regulators said banks could delay the impact of using the CECL accounting method for up to two years. I wouldn't expect the implementation of CECL to make a big difference on Century Bank's total reserves. CECL has a heavy impact on consumer loans, particularly credit cards. For instance, JPMorgan Chase (JPM -2.04%) chose to adopt CECL this year, and the new accounting rule increased the company's total reserves by $4.3 billion. Reserves in the credit card business jumped by $5.5 billion as a result of CECL, but then were offset by decreases in reserves in other banking divisions. Century Bank does apparently offer credit cards to customers, but consumer loan volume at the bank makes up less than 1% of Century's total loan portfolio.

There are no other factors I can see that would have made Century Bank look artificially better. The company reported the same amount of total outstanding shares year-over-year, indicating that it did not conduct any stock buybacks, and total operating expenses year-over-year were essentially flat. Salary and employee benefits are also up year-over-year and pretty much flat from the linked quarter.

Does this mean small banks could fare well?

While Century's earnings are a surprise and very impressive, I doubt it will translate over to the rest of the small banking sector. For one, Century is a bit unique in the sense that it doesn't originate a lot of loans compared to other banks. Total loan volume at the end of the quarter accounted for less than half of the bank's total assets. Roughly 42% of Century's assets are invested in securities -- largely mortgage-backed securities. That's pretty irregular for a bank of Century's size. The ratio of net loans to assets at Century was about 44% at the end of 2019. At all banks in the U.S. with assets between $1 billion and $10 billion, that ratio was more than 70%, according to the FDIC. Most banks have originated more loans in the last decade because interest rates have been at or near zero.

Look for banks with less loans

The positive earnings report from Century Bank did not send the company's stock price jumping, but the company could be a good long-term play, especially if there is a prolonged recession. While most banks have been lending aggressively over the past decade, Century Bank's smaller loan-to-asset ratio means it has less loans and more of its assets invested in more liquid securities. These types of banks normally perform better during an economic downturn.

Why This Small Bank Stock Is Surging Today

5 Small Bank Stocks That Could Do Well During a Downturn