The U.S. Department of Defense (DOD) has executed the first military use of the Defense Production Act (DPA) during the COVID-19 pandemic crisis, awarding $133 million in contracts for N95 mask production. On April 11, 2020, the DOD announced it had received approval from the White House Coronavirus Task Force to utilize the DPA to secure industrial capacity to meet the need for N95 protective masks.

The details of those contracts were announced today, with a total of 39 million N95 masks being ordered over the next three months, Bloomberg reports. The contracts were issued to 3M (MMM 0.51%), Honeywell International (HON 0.46%), and a unit of Owens & Minor Inc. (OMI -1.06%).  The report said the order is to be split with $76 million going to 3M, $27.4 million for Honeywell, and $29 million to Halyard, a unit of Owens & Minor. 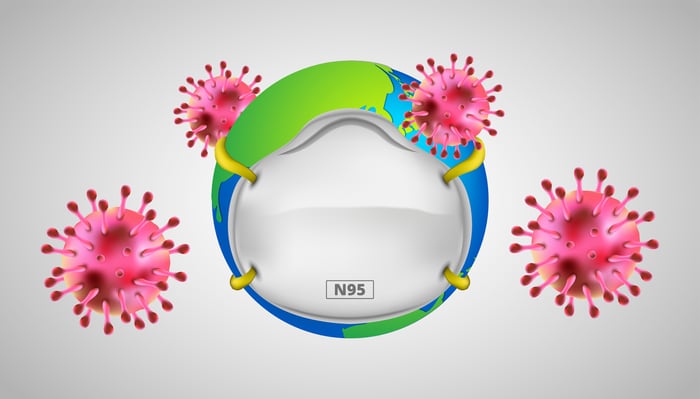 At a White House Coronavirus Task Force briefing on March 30, 2020, Honeywell CEO Darius Adamczyk announced the addition of N95 mask production at a Rhode Island facility as well as starting up new manufacturing in Arizona to add new capacity.

Since the beginning of the pandemic, 3M has been working to ramp up its N95 respirator production. At the time, it doubled its global capacity, including making 35 million per month in the United States alone. By June the company said it expects to be making them at a rate of 50 million per month domestically.