Please ensure Javascript is enabled for purposes of website accessibility
Log In Help Join The Motley Fool
Free Article Join Over 1 Million Premium Members And Get More In-Depth Stock Guidance and Research
By Daniel Sparks - Apr 21, 2020 at 7:05AM

Here's what has become this Fool's second largest position.

When the market plummeted in late February and during the first few weeks of March, there were plenty of great buying opportunities for investors who were willing to go against the grain and deploy capital when fear was the prevailing sentiment in the market. Some companies -- even ones who were unlikely to see any material negative impact from the coronavirus pandemic -- lost more than half of their value at one point.

While the market has seen a sharp recovery since mid-March, there are still some attractive stocks in the aftermath of such a brutal sell-off. Indeed, despite a rebound in recent weeks, broader indices remain well below highs in February. The S&P 500 for instance, is down 17% since February 19. It's a great time, therefore, to go on the hunt for some good deals in the stock market.

As we look back at this downturn, and as investors are searching for ideas for their watchlist, here's one tech stock I pounced on in mid-March and have continued buying shares of in April: edge computing company Fastly (FSLY -5.89%). 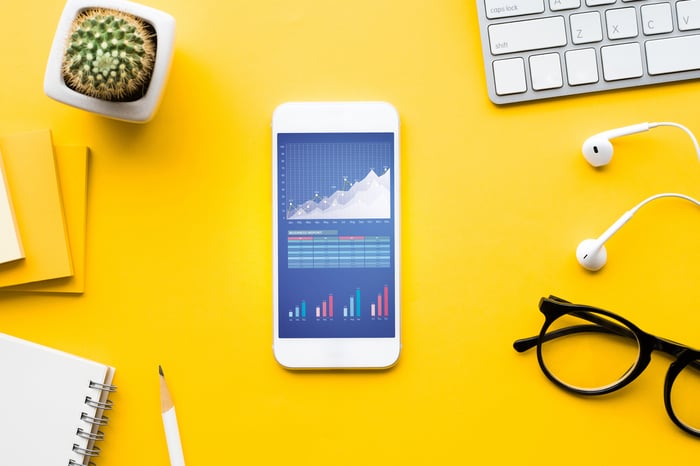 Fastly is an infrastructure-as-a-service (IaaS) company providing rapid computing power and a platform for developers to build and operate digital experiences. Fastly's end goal is simply to deliver rapid and secure digital experiences -- whether it be through video streaming, responsive mobile applications, or other internet-connected digital interactions -- at scale. The company achieves this by operating strategically placed computing power across 53 markets, providing 74 terabytes per second (Tbps) of connected global capacity (and growing) on a single, software-centric network.

According to Valuates Reports, the global market for edge computing is estimated to grow from $2.5 billion in 2018 to $8.6 billion by the end of 2025, translating to a compound average growth rate of about 20%.

Fastly, however, has barely scraped the surface of this compelling market opportunity. The company generated just $200 million in revenue in 2019.

Fastly is not only taking advantage of this rapid market growth, but it's taking market share. In the company's fourth quarter of 2019, for instance, revenue soared 44% year over year, a significant acceleration from 35% growth in Q3. Meanwhile, competitor and legacy edge computing company Akamai (AKAM -2.41%) saw its fourth-quarter revenue rise just 8% year over year.

Fastly said in its fourth-quarter shareholder letter that enterprise represents the company's biggest growth driver and that management plans to continue focusing efforts in this area:

We aim to continue to drive enterprise customer growth by focusing our efforts on rapidly growing companies with edge computing use cases and the available budget to become enterprise customers (defined as customers that spend $100,000 or more in a twelve month period). These customers have continuously demonstrated the quickest usage expansion and the highest demand for ancillary products and features.

When Fastly founder Artur Bergman stepped away from the CEO role in February and was replaced by Joshua Bixby, the stock initially fell sharply on the news. But investors should realize that the move actually signaled Fastly's confidence in the growth opportunity ahead. Bergman didn't resign from the company but instead stepped into a full-time role of chief architect and executive chairperson, where he aims to focus even more attention on product and technology -- his greatest strengths.

"We are at the product inflection point, similar to the inflection point we were at nine years ago when we started Fastly," explained Bergman during the company's fourth-quarter earnings call when he was discussing the reason for his move to full-time chief architect and executive chairperson.

Indeed, this "inflection point" may explain Valuates' bullish forecast for the market. "Increasing demand for low latency processing and real-time, automated decision-making solutions; and an exponentially increasing need to address data volumes and network traffic is driving the market growth," the report read.

Shares of Fastly have rebounded sharply since a sell-off in mid-March, when the stock traded below $11 at one point. But for investors willing to hold this stock for the long haul, the company's impressive execution and its massive market opportunity make the stock continue to look attractive. Though investors, of course, should expect a bumpy ride. It's impossible to peg the bottom of any stock.