Darden Restaurants (NYSE:DRI) says the coronavirus pandemic devastated same-restaurant sales in the fourth quarter, causing them to plunge 44% companywide, but it has offset some of the decline through takeout orders, which have more than tripled over the past month.

Because the owner of Olive Garden and LongHorn Steakhouse had built up a substantial to-go business prior to the global healthcare crisis setting in, it may make up for some of the worst losses -- more so than at other casual dining chains. 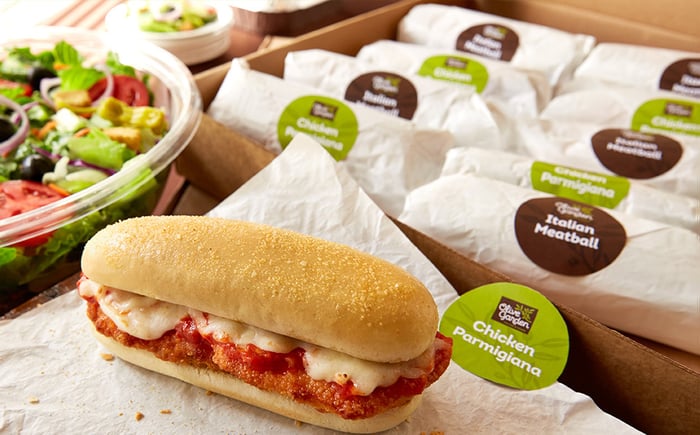 The restaurant operator said comparable sales at the Olive Garden chain have tumbled 38% so far in the fourth quarter, the best showing of any of its dining concepts. LongHorn was down almost 43%, its fine dining restaurants including Capital Grille were down 56%, and its other businesses segment, which includes Bahama Breeze, was off 59% quarter to date.

It did note, though, that as the pandemic deepened so have its comp losses. Olive Garden's comps were down 45% for the week ending April 19, LongHorn tumbled 59%, fine dining was off 86%, and other businesses were 88% lower.

At the same time, however, takeout growth accelerated. For the week ending March 1 -- about two weeks before Darden closed all of its restaurants -- to-go orders at Olive Garden totaled $16.2 million and were $6.5 million at LongHorn Steakhouse. Yet the week of April 19, Olive Garden to-go orders tripled to $52.9 million while LongHorn takeout orders quadrupled to $28.6 million.