Please ensure Javascript is enabled for purposes of website accessibility
Log In Help Join The Motley Fool
Free Article Join Over 1 Million Premium Members And Get More In-Depth Stock Guidance and Research
By Jon Quast - Apr 21, 2020 at 8:20AM

By cutting costs and shifting to direct sales, the company is pursuing profitability. But what about the top line?

In light of the COVID-19 global pandemic, GoPro (GPRO -2.68%) is withdrawing its financial guidance, cutting its workforce, and shifting its business model in a desperate pivot toward profitability. The company's cameras, known for capturing outdoor adventures, are collecting dust as people are stuck indoors all over the world.

GoPro stock is down over 60% from its 52-week high and 35% year to date. Given these major changes to the business, should you buy GoPro stock? 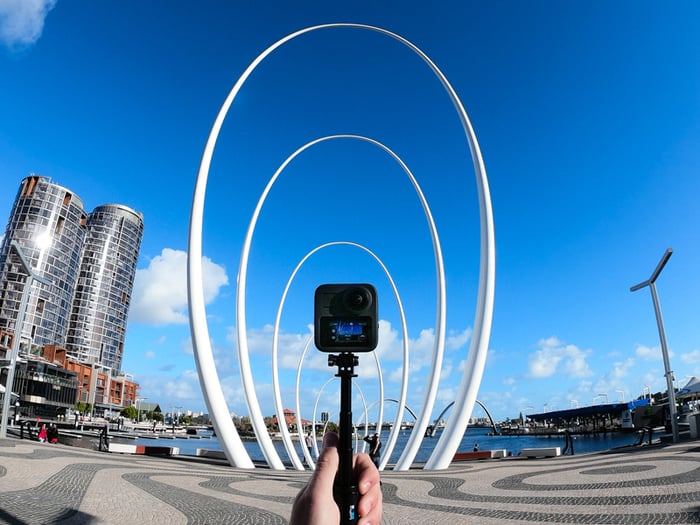 What happened in the first quarter?

Previewing its first-quarter results, GoPro sold approximately 700,000 cameras during the period, falling well short of the 850,000 to 900,000 unit guidance management offered in early February. Revenue will also come in around $119 million, again missing the previous guidance of $140 million to $160 million. Non-GAAP (adjusted) earnings-per-share (EPS) will be a loss in the mid $0.30 range.

In a response to these weak results, the company is laying off over 20% of its workforce as the company shifts to a primarily direct-to-consumer (DTC) business model. CEO Nick Woodman will also forgo his salary for the remainder of 2020, among other cost cuts. All of this is an effort to reduce operating expenses by $100 million this year.

GoPro's revenue generation is typically lumpy, and the company tries to time its new product launches around the holiday-season spike in demand. When GoPro launches a new camera, it doesn't want old, unsold cameras to go to waste, so it cuts prices to encourage inventory sell-through. That obviously hurts profit margins on the older models. 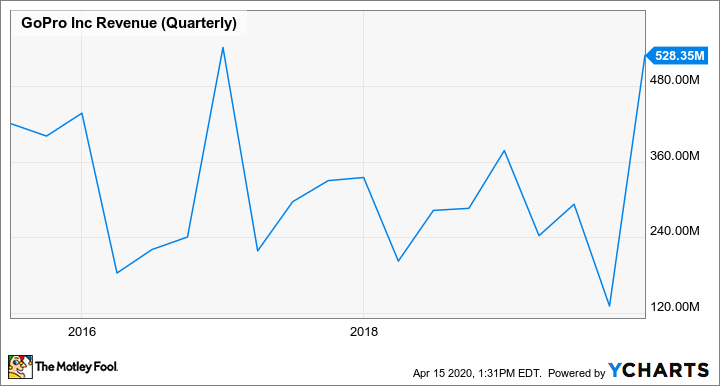 During the fourth-quarter earnings call, CFO Brian McGee said 2019 ended with higher-than-expected inventory. But the company anticipated high first-quarter demand would clear out the extra inventory, and that demand would increase the average sales price (ASP) per camera 6% to 10% throughout 2020, ultimately resulting in a profitable year on a GAAP basis. In the recent update, management said ASP increased 23% quarter over quarter to $350, and channel inventory fell almost 30%.

Despite missing revenue and sell-through guidance, GoPro said its 2020 product roadmap remains unchanged -- it'll launch "new hardware, software and subscription products that will serve both GoPro camera owners and smartphone-only users." Then, there's the new DTC focus. Sales in this channel made up approximately 20% of revenue in major European markets and the U.S. in 2019, and that expanded year over year during the first quarter.

The change will also result in approximately $250 million of operating expenses in 2021 (GoPro reported $415 million of operating expenses last year), reduced office space for the company, and cuts to marketing and advertising spend going forward. Looking out further into 2020, management withdrew its full-year guidance and will provide more updates in May with the official quarterly report.

Is the stock cheap?

Despite all the uncertainty, GoPro still has one attractive quality. It's a well-loved brand and the leader in its niche. Consider that according to the NPD Group, the GoPro HERO8 was the best-selling action camera during the 2019 holiday season, and GoPro cameras captured 93% of action-camera market share. That's impressive.

This strong brand recognition hasn't faded with its abysmal stock performance. Coupled with a historically low valuation, GoPro has likely ended up on many value investors' radar. 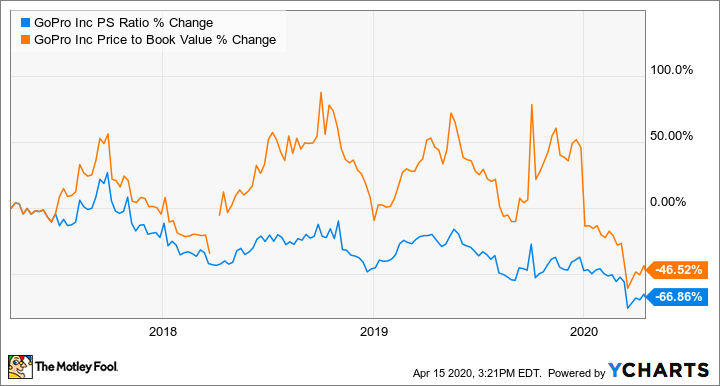 Returning to the latest management update, a business weighted toward the DTC model could be a spectacular move. Consumers know and trust the brand without a brick-and-mortar introduction. And by cutting out middlemen, GoPro can establish a deeper connection with customers and become a leaner company as indicated by its headcount and expense reductions.

While the latest guidance highlights significant cost cutting, those efforts do nothing to grow the top line. Long-term investors should ask where future growth will come from -- GoPro is already a global company and dominates market share, so meaningful camera-based sales growth seems unlikely.

GoPro is scaling up its subscription service GoPro Plus and hoping for as many as 700,000 subscribers by the end of 2020. But that would only account for about $42 million in annual revenue, a paltry amount given its $1.19 billion top line last year.

In short, I wouldn't buy shares of GoPro today. In fact, I sold the bulk of my holdings recently. There's still plenty of downside for this business, and the upside potential is a profitable business with no growth. That's not something I want to keep holding for the long haul.