Please ensure Javascript is enabled for purposes of website accessibility
Log In Help Join The Motley Fool
Free Article Join Over 1 Million Premium Members And Get More In-Depth Stock Guidance and Research
By David Jagielski - Apr 21, 2020 at 5:07AM

The pot stock is down more than 90% in the past year.

Many cannabis stocks are trading for a fraction of the prices they commanded just a year ago. One of the most surprising crashes over the past 12 months has certainly been Aurora Cannabis (ACB -4.62%). As bad as the benchmark Horizons Marijuana Life Sciences ETF (HMLSF 0.00%) has been, cratering by about 70% over the past year, Aurora's done even worse -- it's lost 92% of its value.

A lot has gone wrong for Aurora during that time, but if the company can turn things around, it's not inconceivable that the stock could double, triple, or even quadruple in price. That said, a turnaround is a lot easier said than done at this point. Let's take a look at whether the stock is a buy today, and if not, what needs to happen before investors should consider taking a chance on Aurora.

Concerns about cash are high

Undoubtedly the largest challenge facing Aurora and other pot stocks today is liquidity. In February, cannabis investment bank Ello Capital projected that Aurora had just 2.3 months' worth of liquidity left, among the worst in the sector. That was even before the coronavirus officially reached pandemic status and started wreaking havoc all over the world.

It's still too early to tell the effect that the pandemic will have on the industry, but it's certainly an added risk that could make cash even more scarce -- people who've suffered job losses will inevitably cut back on their expenses, including cannabis. And there have already been warning signs about a lack of cash flow at Aurora. On Feb. 6, a week before the company released its second-quarter results, Aurora announced it had eliminated nearly 500 full-time positions. A few months earlier, in November, Aurora also said that it was halting construction on two facilities in order to save cash -- Aurora Sun in Alberta, Canada, and Aurora Nordic 2 in Denmark. 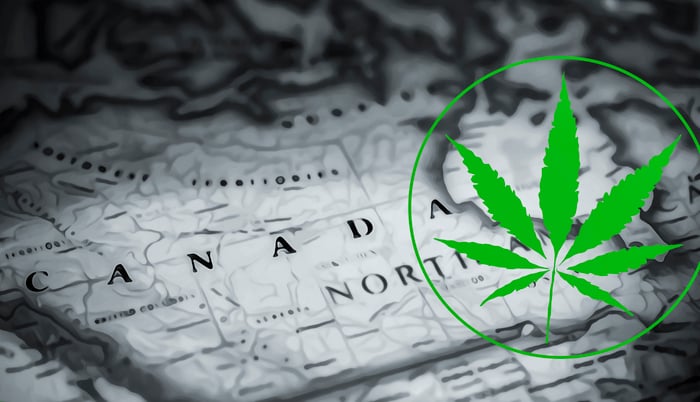 These are not the choices of a company in a strong financial position, and there's little reason to expect things will get any better, especially given recent results.

In its Q2 results, Aurora saw minimal revenue growth from the previous year. Net revenue totaling 56 million Canadian dollars was up a modest 3.4% from the prior-year quarter's CA$54.2 million. But compared with the first quarter, when net revenue was CA$75.2 million, the Q2 results show a quarter-over-quarter decline of 25.5%. The company also stated that it expects "modest to no growth" in its third quarter.

These are troubling numbers and projections for growth investors. And without a dividend or strong profits and fundamentals, there's really not much else the stock can offer. Some investors may be tempted to buy the stock for where it may be five years from now, but given the company's current cash issues, any progress will be an uphill battle.

There's no reason to invest in Aurora, at least not today

Things have gotten so bad for Aurora that earlier this month the company announced it will be doing a reverse stock split, in which shareholders will be given one share for every 12 they currently own. It's a way to get the stock price back above the $1 threshold, necessary because it was in danger of getting delisted from the NYSE if it didn't recover on its own.

But the reverse split doesn't fix any actual issues with the business; in fact, it just signifies how badly shares of Aurora have fallen. It could even make the stock a target for short sellers who see an opportunity for the price to fall even further. That's why investors who buy shares of the company today are taking on enormous risk, as there's no guarantee that Aurora's stock has hit a bottom.

For Aurora to be a buy, the company would have to show some significant progress in its financials. Not only should investors look for some double-digit growth, but the pot producer should also be generating positive cash flow from its operations, something it isn't doing today.

And to ensure any positive results are more than just an anomaly, investors should wait until the company demonstrates progress over at least two quarters. By settling for anything less, investors could be setting themselves and their portfolios up for some pain. With many other pot stocks out there, there's simply no reason to buy one as problematic as Aurora today.