Please ensure Javascript is enabled for purposes of website accessibility
Log In Help Join The Motley Fool
Free Article Join Over 1 Million Premium Members And Get More In-Depth Stock Guidance and Research
By Demitri Kalogeropoulos – Updated Apr 22, 2020 at 7:36AM

The pandemic has put a temporary premium on at-home entertainment choices.

Netflix (NFLX 0.34%) is seeing an even wider lift to its business than most investors expected. On Tuesday, the streaming video giant reported fiscal first quarter results that easily set a growth record as millions turned to its content library for home-based entertainment.

The company added 15.8 million new users, which was more than double the 7 million that management had predicted before COVID-19 containment efforts took root in most countries around the world.

Netflix's expansion pace accelerated when, compared to the prior year, that was highlighted by a record 9.6 million new signups. 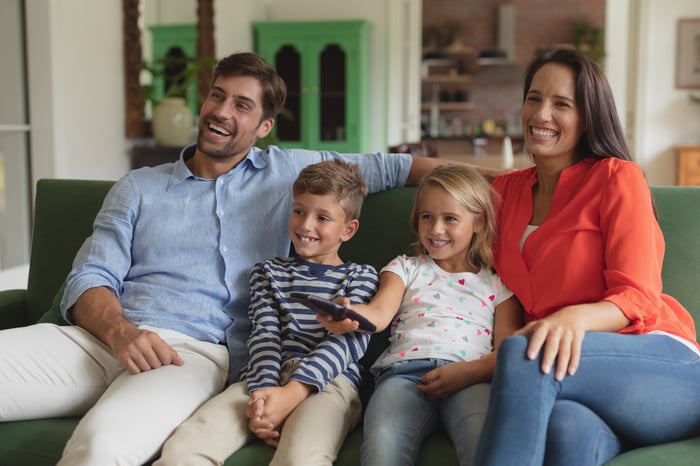 CEO Reed Hastings and his team were careful to note that this blistering growth can't continue for long, and in fact likely involves pulling forward gains from future quarters. Executives predicted a more modest 7.5 million additions for the second quarter. "We expect viewing to decline and membership growth to decelerate as home confinement ends, which we hope is soon," Hastings said in a letter to investors.

Meanwhile, the pandemic has forced the delay of most of Netflix's content production, and that could pressure long-term subscriber gains if the pause drags on for much longer.

Yet the company's streaming servers have never had a wider platform to support new releases, with shows like Ozark attracting 29 million viewers in its first month and the documentary Tiger King finding 64 million viewers since its launch.