Please ensure Javascript is enabled for purposes of website accessibility
Log In Help Join The Motley Fool
Free Article Join Over 1 Million Premium Members And Get More In-Depth Stock Guidance and Research
By Daniel Miller – Updated Apr 21, 2020 at 11:43AM

Shares received a boost after the company inked a deal with Starbucks in China.

Shares of Beyond Meat (BYND -5.55%), a producer of plant-based substitutes for burgers, sausage, ground beef, and chicken, were bucking the broader market declines Tuesday morning, and were up 14% after the company announced a deal with Starbucks (SBUX -0.85%) in China.

Over 3,300 Starbucks stores across China will now offer a new plant-based food menu, and they will incorporate Beyond Meat products in multiple items including pesto pasta, classic lasagna, and a spicy & sour wrap. In conjunction with Starbucks using Beyond Meat's alternative products, the latter will establish a Chinese-language website and bolster its social media presence through Weibo and WeChat. 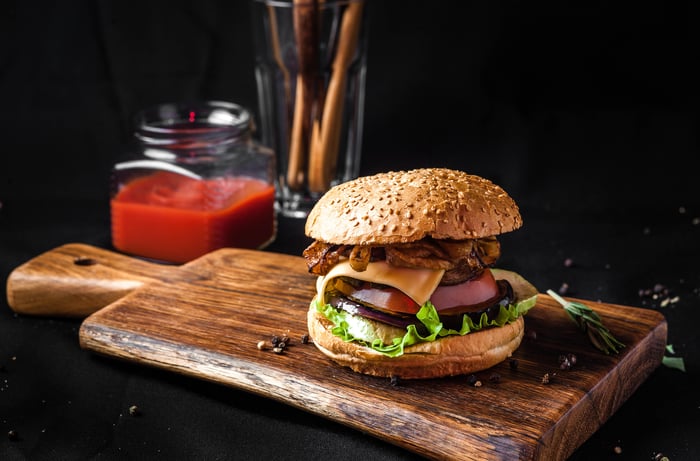 In a press release, Beyond Meat CEO Ethan Brown said: "Today we mark an important milestone as Beyond Meat launches in China, advancing our goal of increasing accessibility to plant-based meat globally. Starbucks is a trusted brand with a strong market presence and deep understanding of customers in China, and we're pleased to partner with them on our market entry."

For Beyond Meat investors, this is an encouraging step to get its foot in the door of a massive market that has yet to witness an explosion in the popularity of meat alternatives, as the U.S. and parts of Europe have. Despite Beyond Meat's 14% pop Tuesday morning, investors would be wise to temper near-term launch expectations since China is still recovering from COVID-19 shutdowns, although Starbucks has already reopened the majority of its China stores.

Furthermore, while launching in China is certainly a huge step forward for the company, especially considering its long-term potential, Beyond Meat will still have to weather a near-term drop in demand from the U.S. food service sector.