Please ensure Javascript is enabled for purposes of website accessibility
Log In Help Join The Motley Fool
Free Article Join Over 1 Million Premium Members And Get More In-Depth Stock Guidance and Research
By Michael Dean McGrady Jr - Apr 22, 2020 at 11:42AM

The science behind plant-based vaccines, including those developed using tobacco plants, could offer the opportunity for quickly developed therapies.

During a period of legal turbulence and a criminal investigation for British American Tobacco (BTI -0.03%), the company's U.S. biotech subsidiary says it has made a "significant breakthrough" in a potential vaccine for COVID-19 based on the development and usage of tobacco plants.

Meanwhile, BAT's stock price slid by more than 5% last week when the Department of Justice announced that the company is apparently under criminal inquiry for violating sanctions law. As if that weren't enough legal trouble, the company has also sued Philip Morris International (PM -0.23%) over alleged patent infringement related to heat-not-burn technology.

What this means is that, despite all the drama, big tobacco is now involved with the race to find a vaccine for COVID-19, working toward finding a cure and preventing the spread of the virus in the future. For investors, this makes the tobacco giant once again an interesting stock to watch, especially as the market fluctuates wildly during pandemic-era trading. 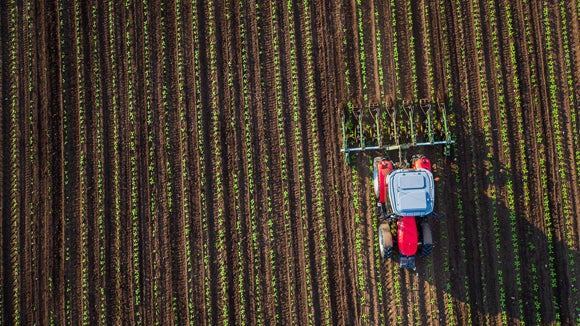 Tobacco biotechnology in the fight against COVID-19

Biotech giant Gilead Sciences(GILD 0.82%) has reported extensively on its testing of a repurposed standard for its Ebola drug, remdesivir, for COVID-19. Several other companies are doing the same with their own drugs. In that context, the news regarding BAT is less surprising.

Kentucky BioProcessing (KBP), the BAT-owned biotech firm, announced April 1 that its COVID-19 vaccine has now entered the preclinical testing phase. BAT anticipates developing 1 million to 3 million doses per week of the tobacco plant-based vaccine as soon as June of this year.

This isn't KBP's first venture when it comes to medicine and bioengineering. The company produced ZMapp, an Ebola treatment manufactured in tobacco plants, during the 2014 pandemic. While ZMapp was eventually proven to have lower effectiveness compared to other treatments, the drug did increase survival rates.

Tobacco plants as vaccines? What some of the science says

KBP's vaccines are developed when scientists inject the leaves of tobacco plants with a bacterium carrying certain genes. Those genes are coded to antibodies that can neutralize the virus in question, and the plant treats the new cells as part of itself and begins creating the antibody. This process usually takes about six weeks.

This study found that tobacco could be used to produce vaccines for pandemic influenza, as well as anthrax or plague outbreaks tied to potential bioterrorist attacks.

Are the costs worth it?

These vaccines require "a much shorter period of time than ... traditional methods," which increases "interest in tobacco as a high-efficient producer of vaccines," the study says. A 2015 study published in the Therapeutic Advances in Vaccines journal had a similar conclusion, with researchers finding that the use of plant-based vaccines came "at a low cost."

A third study, published in 2016 in the Journal of Botany, confirmed these theories, although it also noted the risks posed by cross-contamination, the interspecies spread of allergens, and other contaminants. While those potential risks do exist, in my opinion they're not enough to keep health officials from considering the rewards. The development of a tobacco-based vaccine is some decent news for BAT that could inform future internal investments, and if it turns out to be particularly cost-effective, that could be a critical selling point for similar endeavors.

The benefits of biotechnology, even from controversial sectors like tobacco, offer much for investors to consider moving forward — especially during this new era of pandemics. Just be careful. Rest assured that BAT is still a strong company that is worth a buy, even with the drama. The stock is down 15% for the year, a bit more than the S&P 500's 14% decline, presenting an attractive entry point for investors today.