Whether this was accident or design is an open question.

Responding to a standoff between 11 Iranian warships making "dangerous and harassing approaches" to U.S. naval vessels in the Persian Gulf last week, President Trump sent this Tweet this morning:

I have instructed the United States Navy to shoot down and destroy any and all Iranian gunboats if they harass our ships at sea.

Pentagon officials later clarified that the tweet in question did not constitute an official order to the U.S. Navy to fire upon Iranian ships, but was rather "an important warning to the Iranians ... emphasizing [that] all of our ships retain the right of self-defense." 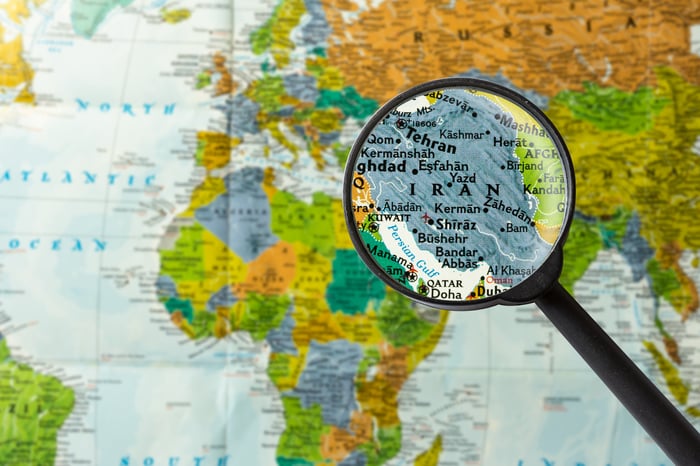 Nevertheless, investors appear to be giving weight to the President's words today, worrying that conflict in the Gulf could interrupt oil supplies going forward. As a result, after several days of tumultuous downturns, oil prices are back on the rise today. In early afternoon trading, Brent crude oil prices are up more than 6% from yesterday's close, and WTI crude has jumped 21%.

This may, in fact, have been the President's intention.

To understand why, consider two things: First, the Pentagon is saying that there has in fact been no actual change in policy tied to the President's tweet this morning. And second, in an apparently unrelated tweet yesterday, the President responded to the precipitous decline in oil prices by promising to "never let the great U.S. Oil & Gas Industry down."

We will never let the great U.S. Oil & Gas Industry down. I have instructed the Secretary of Energy and Secretary of the Treasury to formulate a plan which will make funds available so that these very important companies and jobs will be secured long into the future!