A draft document accidentally posted on the World Health Organization's website pointed to disappointing results for the antiviral drug against the novel coronavirus.

Gilead Sciences' (GILD 2.51%) experimental antiviral drug remdesivir appears to have been unsuccessful in treating COVID-19 in a late-stage study conducted by the Chinese government. The World Health Organization (WHO) inadvertently posted a summary of results from the study on its website on Thursday before quickly removing the information. That summary stated that "remdesivir was not associated with clinical or virological benefits."

The report on the Chinese clinical study was only a draft document -- it's still being reviewed by scientists before WHO officially releases the findings. 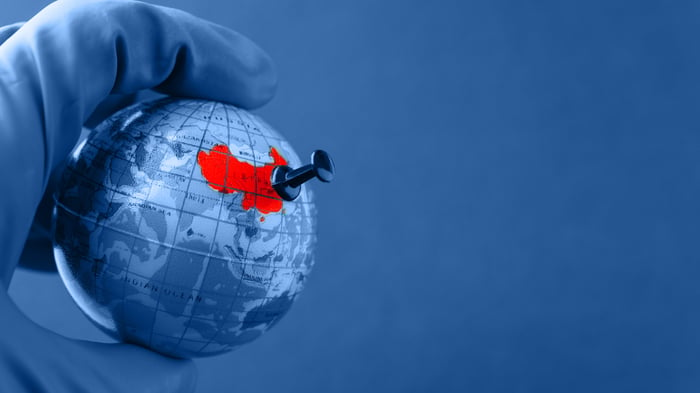 Even if the full context of the final results of the study confirms that remdesivir didn't provide clinical benefits to COVID-19 patients, there will still be plenty of questions. The Chinese study was ended early because of low enrollment. Without enough patients in the study, the data won't be statistically meaningful.

In addition, that apparent negative result contrasts with recent updates from two other remdesivir studies. Earlier this month, The New England Journal of Medicine published initial results from an analysis of COVID-19 patients being treated with remdesivir under a compassionate-use program. Those results pointed to encouraging signs of efficacy for the drug. Also, healthcare industry news website STAT reported last week that early data from a late-stage clinical study of remdesivir being conducted at the University of Chicago showed very promising results.