Google parent Alphabet (GOOG -1.98%) (GOOGL -1.82%) is leaning into the videoconferencing boom during the COVID-19 era of quarantines and social distancing. The company just released a new version of the Google Duo video chat app, adding several new features and higher-quality video streams. Duo is not competing with professional video-calling tools like Zoom Video or Cisco WebEx. Google offers Hangouts for that market. The Duo experience is all about personal connections.

The latest version of Google Duo can make and receive video calls on Google Nest speakers. The app can now handle group chats of up to 12 people, up from 8 in the previous release. 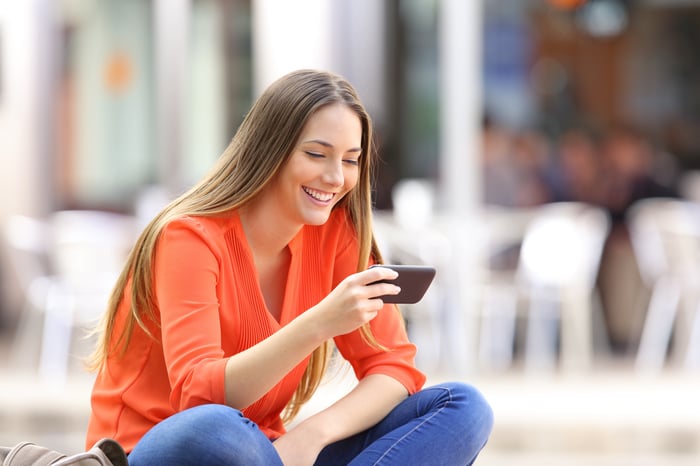 Highlighting the consumer-oriented focus of this digital chat platform, Duo now makes it easy to snap a photo in the middle of a video chat, showing your own screen next to someone else's face to capture special moments from both sides of the conversation. This feature will soon expand to capture several people in a single group-chat snapshot.

Google also said that Duo users have been sending 180% more direct messages over the past few weeks. These messages can take the form of pictures, short-form videos, text, or screen doodles, and can be compared to the Stories features on Facebook's Instagram or Snap's Snapchat. Duo will soon be able to preserve these messages rather than automatically deleting them after 24 hours.

Finally, all of this content is now sent in the advanced AV1 video format, which delivers videos in a highly compressed format without losing image quality. Your phone, Nest Hub, or desktop web browser will spend more computing cycles on sending and displaying these highly efficient video streams in return for lower network usage and a more reliable stream.