Please ensure Javascript is enabled for purposes of website accessibility
Log In Help Join The Motley Fool
Free Article Join Over 1 Million Premium Members And Get More In-Depth Stock Guidance and Research
By George Budwell – Apr 24, 2020 at 10:00AM

Agenus, Dynavax Technologies, and Verastem Oncology could all be outstanding picks for risk-tolerant investors.

Normally, companies with share prices lower than $5 -- commonly called penny stocks -- wouldn't even be worth a glance. These types of equities tend to suffer from poor fundamentals, an exorbitant number of outstanding shares, and shaky management. Making matters worse, penny stocks also tend to sport low institutional ownership, a feature that often makes their share prices exceedingly volatile. There is a small handful of exceptions to this general rule of thumb, however.

Clinical or early commercial-stage biotechs frequently have share prices that qualify them as penny stocks. Nonetheless, growth-oriented investors shouldn't necessarily avoid this entire group of equities simply because of their low share prices. 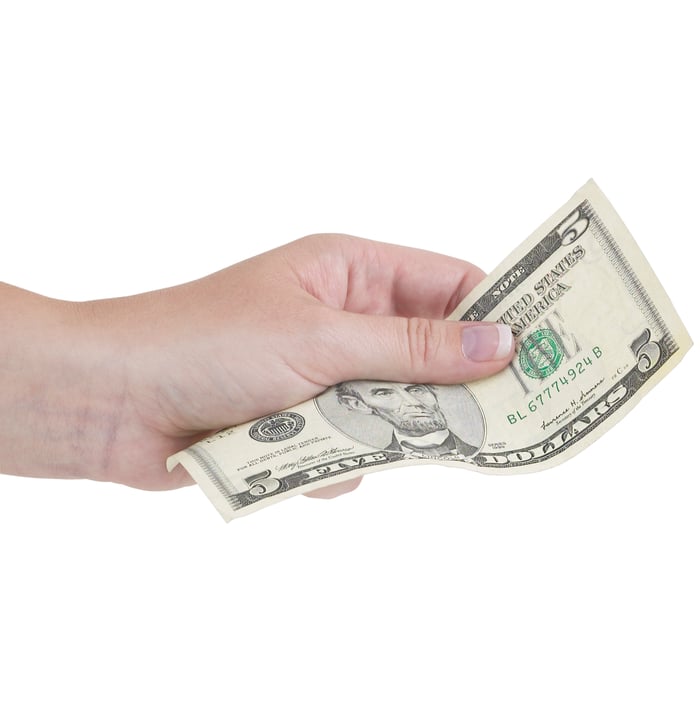 An unusually large percentage of top-performing stocks over the last decade, after all, have been relatively unknown biotech companies that once had share prices in penny stock territory. The core reason behind this well-established trend is that a biotech's underlying value proposition can change in the blink of an eye following a positive trial result or a major regulatory approval.

Which penny biotech stocks are worth checking out right now? Agenus (AGEN 5.88%), Dynavax Technologies Corporation (DVAX 0.58%), and Verastem Oncology (VSTM -5.75%) are three top stocks that could all be gearing up for a big run soon. Here's why.

Agenus is a tiny immunotherapy and oncology company with enormous commercial aspirations. The company's shares have gotten hammered this year because investors weren't particularly impressed with the latest clinical update for its second-line cervical cancer combo consisting of balstilimab (AGEN2034) and zalifrelimab (AGEN1884).

The core reason is that cervical cancer is a hotly contested indication. That means Agenus' experimental immunotherapy arguably needed to post some truly impressive response rates to grab the market's attention. But that doesn't mean this combo therapy won't prove to be an important part of the company's story, or that the market's current take on Agenus' near-term growth prospects is even close to accurate.

The big picture is that this balstilimab and zalifrelimab second-line cervical cancer therapy should generate a respectable level of sales within a few short years of launch (assuming approval). What's more, Agenus' next-generation CTLA-4 antibody (AGEN 1181), combined with its numerous collaborations with elite biotechs like Gilead Sciences, should turn it into a cash-flow-positive operation in two to three years. Long story short, Agenus has a clear path toward a much higher valuation, thanks to its robust pipeline of anti-cancer antibodies.

Dynavax: The future is bright

Dynavax is a commercial-stage vaccine company with one product on the market: a hepatitis B vaccine called Heplisav-B. The biotech's shares have gotten thrashed over the last few years because of Heplisav's slow commercial uptake, along with the company's decision to shutter its fledgling immuno-oncology program in an effort to double down on Heplisav's commercialization.

That being said, this name has started to garner some buzz on Wall Street lately due to management's decision to pursue a COVID-19 vaccine. This nascent COVID-19 program, however, is not the reason to buy its shares. Rather, Dynavax's core value proposition is intimately tied up with Heplisav's commercial success. The good news is that the vaccine's sales have started to perk up in a big way. Moreover, Heplisav's long-term outlook from a sales standpoint is extremely encouraging.

Next year, for instance, Wall Street expects Heplisav's sales to grow by a whopping 85%. If this line holds true, Dynavax's shares would trade at just 3.2 times next year's sales at present. Longer term, Heplisav is widely expected to generate upwards of $700 million in annual sales. This peak sales projection is more than double the company's current market capitalization. So, while Dynavax's stock probably won't pop overnight, it should deliver outstanding returns on capital over the next two to three years.

Verastem is a small-cap cancer company with one drug already on the market. However, the company's FDA-approved lymphoma and leukemia medicine Copiktra has so far been a commercial flop. Despite peak sales estimates as high as $800 million per year, Verastem only posted $12.3 million in net revenue for its 2019 fiscal year. As a result, the biotech has gone into restructuring mode to cut costs and refocus on earlier-stage assets like VS-6766 and defactinib for KRAS-mutated tumors.

Investors, for their part, appear to be excited about this change in strategy, evinced by Verastem's shares gaining an astounding 198% in 2020. The underlying reason is that KRAS-mutated tumors represent a massive commercial opportunity. Verastem is far from alone in pursuing this sizable market, but it wouldn't necessarily need to be the biggest player in the game to benefit tremendously from this experimental therapy.

The company's market cap, after all, is only $632 million at the moment, which is a tiny fraction of the commercial opportunity of the KRAS-mutated tumor space. What's more, Verastem also has a large clinical program under way to potentially expand Copiktra's label into several high-value blood-based malignancies in the years ahead.

All told, Verastem's stock has a better-than-average chance at building on this recent moment due to its strong clinical pipeline. Aggressive investors, in turn, might want to grab some shares of this small-cap biotech stock soon.