United Airlines Holdings (UAL -1.16%) is now requiring all flight attendants to wear masks or face coverings while on duty, according to CNBC. While the flight attendants welcome the new policy, the Association of Flight Attendants (AFA) union is asking federal authorities to also require the protective masks on passengers.

The airline said, "we understand that many aspects of the flight attendant's duties, both on and off the aircraft, can make practicing social distancing challenging, which is why this new initiative is so important," according to the report. United said it would provide surgical masks, but flight attendants can also wear their own cloth face coverings. 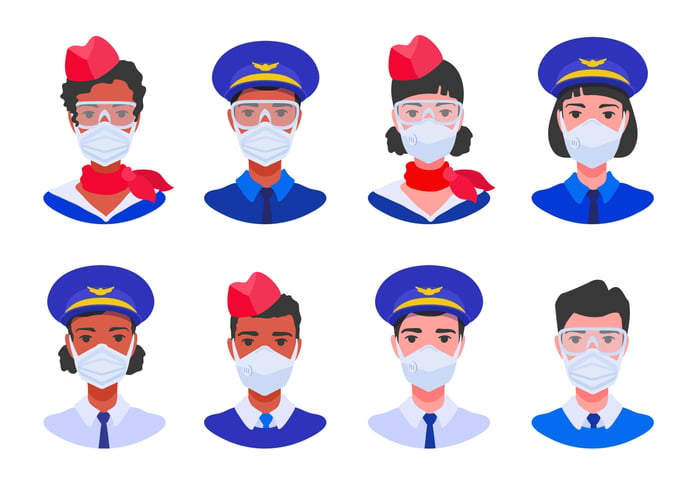 Airlines have been scrambling to adjust to the reduction in demand due to the ongoing pandemic. In addition to actions being taken to conserve cash, policies are also being implemented to make consumers more comfortable with traveling again.

United has announced that it will begin new social distancing initiatives for boarding and seating on its planes, in addition to requiring face coverings on its flight attendants. The AFA has responded in favor of the new policy, but has asked the Department of Transportation (DOT) and Department of Health and Human Services (HHS) to require masks for airline passengers, as well as crews.

In its letter to the DOT and HHS, the union said that flight attendants "are aviation's first responders," and due to the frequency of its member's travels, and the global aspect of the pandemic, policies should be in place to minimize the risk of acquiring or spreading the virus "as much as possible."