It's been a good news, bad news kind of a week for US Foods. 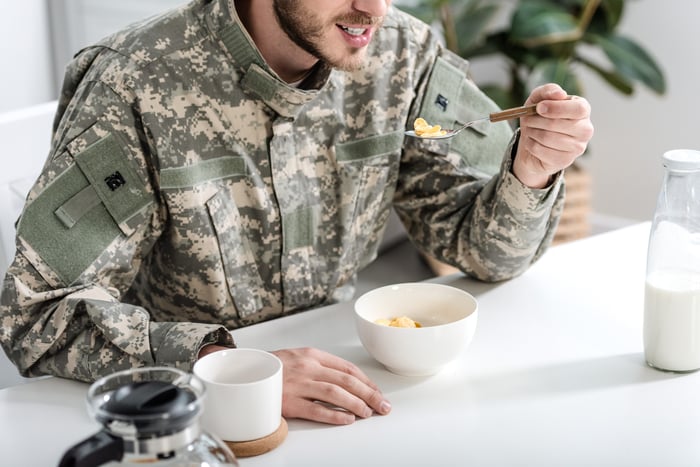 US Foods shares promptly popped 6.7% in trading Wednesday, the day after the announcement. Unfortunately for shareholders, one day later, analysts at investment bank BMO Capital downgraded shares of the company to "market perform" and assigned a $20 price target to the stock, indicating little potential for profit, according to TheFly.com.

Despite the Pentagon contract, BMO appeared to think that the COVID-19 pandemic, which has disrupted the restaurant industry and depressed demand for US Foods to deliver food to restaurants for preparation, had "derailed" the buy thesis for US Foods stock, "or at the very least put it on hold."

In its note, BMO warned that US Foods probably won't perform well as a stock for the next two years, but today, investors seem to be taking a shorter-term view. After the initial shock of BMO's downgrade, they're remembering why US Foods stock went up so sharply just one day earlier, and returning those gains to the shares.

Is that the right call? It depends. At just 10 times trailing earnings, US Foods stock certainly looks cheap enough to make for a good value stock. Whether the stock continues looking as cheap after it reports a few quarters of declining restaurant sales, however, remains to be seen.

Analyst: US Foods Could Have a 30% Upside

Are Investors Too Bullish About US Foods' Better-Than-Expected Second Quarter?

One Industry Amazon Is Set to Disrupt