Revenue ballooned and the company did a sunset flip to a net profit during the quarter.

World Wrestling Entertainment (WWE 1.42%) thrashed analyst estimates in its latest quarter, and investors rewarded the stock with a championship belt on Friday.

That morning the "sports entertainment" company released its first quarter of fiscal 2020 results, showing that revenue increased by 60% on a year-over-year basis to $291 million. This, despite the full cancellation of its live events beginning in mid-March; this category has historically been an important revenue source. 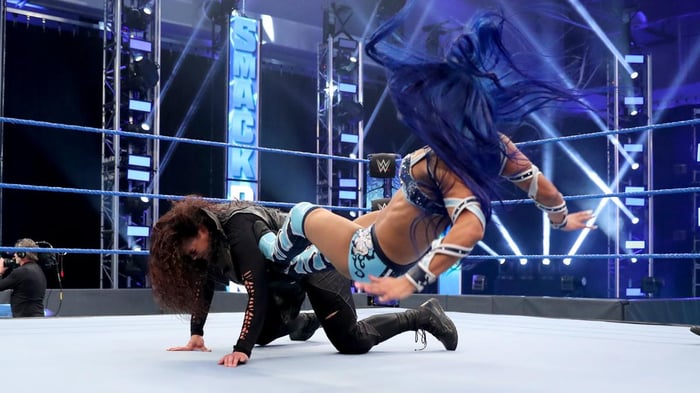 These results were well higher than the average analyst projections. Collectively, prognosticators following the stock were modeling $272 million on the top line, with a per-share net profit of $0.26.

Although a niche entertainment option, WWE benefits in these times from having a proprietary video streaming service, WWE Network. It also benefited from the fact that Wrestlemania, its signature annual event, took place during Q1. The combination of these two factors helped drive Wrestlemania to 967 million video views, a new record for the company.

Although WWE is reaping no revenue from audiences for live events, at the same time it is saving on the costs of producing them. For now, during the SARS-CoV-2 coronavirus pandemic, its two weekly TV shows (Raw and Smackdown) are being filmed at its Performance Center training facility in Florida.

On Friday, WWE stock was a 300-pound behemoth crushing the gains of both the wider equities market and a great many consumer goods titles; it rose by almost 15% on the day.