Zoom's inclusion in the Nasdaq 100 comes as the video conference app is experiencing surging demand amid the pandemic.

In a press release, Nasdaq said Zoom will replace Willis Towers Watson (WLTW -0.97%) in the Nasdaq 100 Index. Zoom's inclusion will happen as of April 30. 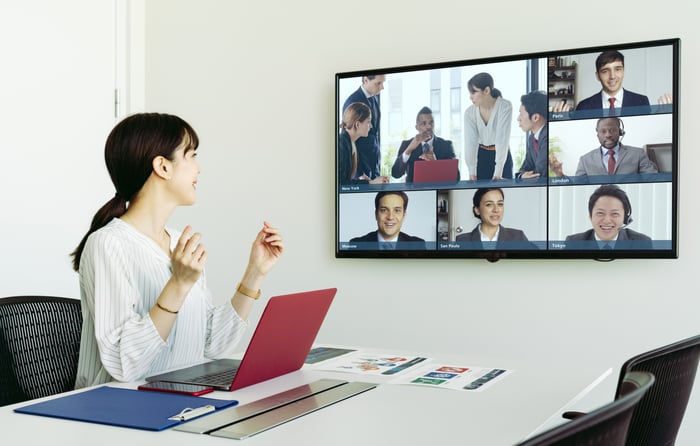 The addition of Zoom in the Nasdaq 100 comes as the video conferencing app has gained in popularity amid the COVID-19 pandemic. With millions of people sheltering in place, Zoom has become an important way to stay connected for work and play. At the end of December, Zoom's peak daily users were roughly 10 million. That has skyrocketed to 300 million as of April.

Zoom hasn't been without controversy, however. Privacy and security concerns quickly arose as reports of "Zoombombing" started to grow. Some school districts, companies, and governments have banned the use of the video conferencing app. That prompted Zoom to pledge to spend 90 days focusing on enhancing security and privacy rather than rolling out new features.

In what the tech stock called a milestone, this week it rolled out Zoom 5.0 via a software update, enhancing encryption and giving hosts more control over meeting participants. Zoom is now letting customers choose which region data is routed through after it accidentally sent traffic through servers located in China.