Some of the biggest growth stocks on the market will report earnings over the next few days.

Dozens of highly-anticipated earnings reports will be announced as first-quarter earnings season hits high gear over the next few trading days. That list includes announcements from tech giants Amazon (AMZN 2.07%) and Facebook (META 1.70%), along with fast-food titan McDonald's (MCD 1.12%).

Below, we'll take a look at the key trends that might send these stocks moving. 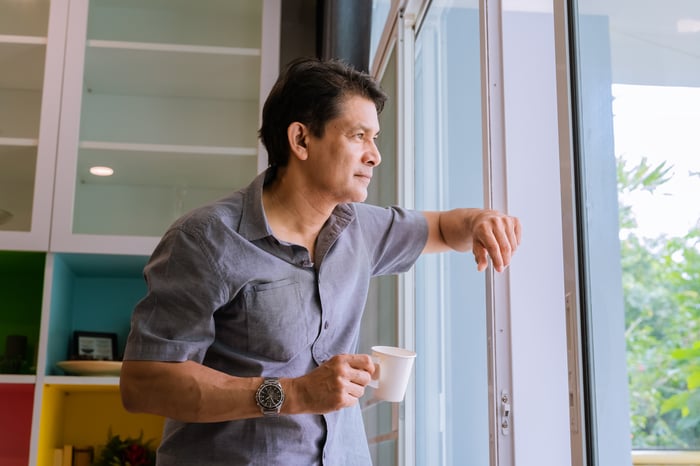 Amazon will post its results on Thursday afternoon, and expectations could hardly be higher for the tech giant. Its e-commerce merchandise sales likely began surging as social-distancing efforts swept through Europe and North America in March. Meanwhile, more time working and relaxing at home surely boosted demand for both its enterprise web services and its video streaming units. On average, analysts who follow the stock are predicting that sales will grow 22% to $73 billion. For context, revenue rose 17% in the year-ago quarter, to $59.7 billion.

Investors have some big questions about the business, including how Amazon has managed its inventory as it prioritizes essential products while delivering other in-demand items like consumer electronics. Price gouging has been a major challenge, too. The company's second-quarter outlook might show whether management is striking the right balance and finding ways to keep its warehouses stocked as millions of consumers shift to almost exclusively shopping online.

Facebook's results come out on Wednesday afternoon, and the social networking giant might reveal a lot about how people are adjusting to new ways of remaining connected. Usage of its core functions -- including the Facebook news feed, Instagram, and Facebook Messenger -- likely surged in recent weeks and supported higher user growth.

The company won't be profiting much from all of that increased engagement, though, since the online advertising market has collapsed. Facebook doesn't monetize many of these live-connection services, either. Yet there will be extra costs associated with moving all of that data through its network, so investors will be following operating margin this week.

Still, the real test for the business will be whether Facebook has a plan to hold on to most of its new users and maintain their connections to offerings such as Facebook Live, even after social distancing efforts are relaxed in the months ahead.

McDonald's has navigated plenty of volatility in a fast-food industry it has dominated for decades, but its Thursday earnings report might still be one for the books.

Thousands of its restaurants have been operating on a "to-go" or drive-thru-only basis for several weeks, which all but ensures far lower sales as customer traffic slumps. Mickey D's gets most of its revenue from franchisees, though, in the form of rent, royalties, and fees. On average, analysts are expecting revenue to fall a little more than 5% in the first quarter, to $4.7 billion.

We'll likely hear more about management's plan to support its partners through things like rent deferrals and royalty holidays as they wait for the industry to restart when the COVID-19 threat passes. More importantly, investors will learn how the chain fared in its home delivery offering, which had notched encouraging early results in the U.S. but has taken on a much bigger role since March.