Please ensure Javascript is enabled for purposes of website accessibility
Log In Help Join The Motley Fool
Free Article Join Over 1 Million Premium Members And Get More In-Depth Stock Guidance and Research
By Billy Duberstein – Apr 26, 2020 at 8:15AM

Which memory-maker is the better buy today? For me, it’s not close.

Two "pure plays" on the U.S. memory industry are Micron Technology (MU 1.43%) and Western Digital (WDC 1.95%). Memory and storage products have a very, very long runway for growth, as artificial intelligence, 5G, and cloud computing all require massive amounts of storage and memory. In fact, according to hard disk drive manufacturer Seagate (STX), the amount of data created every five hours this year will equal all the data created during the entire year of 2002.

Yet while the growth profile is definitely there, memory manufacturers are also highly cyclical, as the prices of each company's products can fluctuate wildly with supply and demand, like oil or any other commodity. In addition, these companies produce all their own chips, and thus have to own, invest in, and run their own factories, which carry high fixed costs. As such, chipmakers tend to have a boom-and-bust cadence, even though the long-term trend is definitely up.

That has made the stocks of both Western Digital and Micron extremely cheap compared to other tech stocks, even though each company's growth profile is robust. For those looking for a great value stock in the technology space today, which is the better buy? 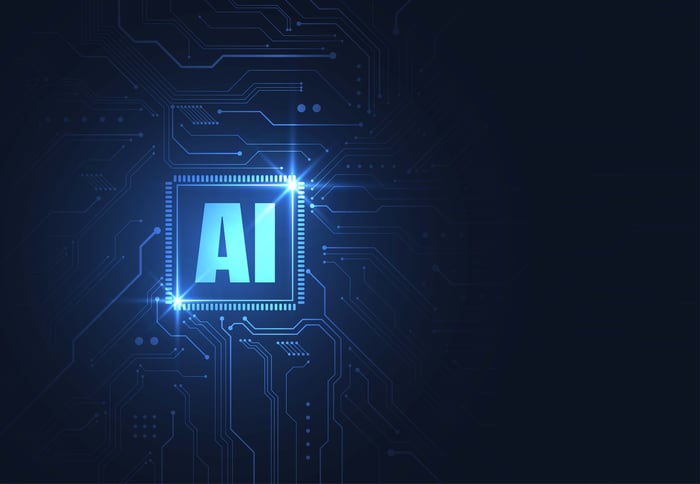 While I normally go through a lengthy description of each company's strengths and weaknesses before coming to a conclusion, let's just say that I think Micron is the superior stock in just about every way. Just about the only advantage Western Digital has is that it pays a dividend, while Micron doesn't. In fact, Western Digital's current 5% dividend yield seems downright enticing. Yet over the long-term, I don't think that 5% yield makes up for Micron's superior characteristics.

Numbers aside, it's important to look at the underlying business of any stock you own. Looking at what Micron and Western Digital actually do, Micron appears the better-positioned company.

That's because Micron's business is mostly skewed toward DRAM memory, where it gets 64% of its revenue. The DRAM industry is much more attractive than the NAND flash industry, because there are only three main players, whereas the NAND industry has six competing companies, with a potential seventh on the way. China's Yangtze Memory Technologies Co. just recently announced that it had developed an advanced 128-layer NAND chip, putting on par with the top companies in the industry, if true.

Micron is also one of the NAND players, but NAND is only one third of revenue. In addition, Micron has also developed a new type of memory called 3D Xpoint, a form of non-volatile memory like NAND, but much faster -- though also more expensive. Micron is only one of two companies with 3D Xpoint, which it co-developed with Intel (INTC -0.22%). Though it's still very, very early in its development, 3D Xpoint might eventually eat into NAND's market share in the future -- though NAND flash should also grow strongly in the years ahead.

Meanwhile, Western Digital is purely a storage company, with both NAND flash as well as hard disk drive products. Like DRAM, there are only three large hard disk producers in the world; however, it's an older technology than NAND, even though hard disks still have a place in the future for cheap bulk storage.

All things considered, I prefer Micron's more diverse product portfolio in the less-competitive DRAM space, along with its exposure to NAND, and the upside potential of the newer 3D Xpoint technology.

In these trying times, many investors are also worried about a downturn affecting memory pricing. While I happen to think the need for cloud computing, high-speed communications, and other tech products to help the stay-at-home economy function should help put a floor under memory prices, it's definitely a risk for later in the year.

If a downturn should occur, Micron is once again in the better position in terms of its balance sheet. Micron's management wisely used the boom years of 2017-2018 to establish a strong net cash position, as opposed to Western Digital, which is still stuck with a large net debt position.

In Western Digital's case, it also has the added pressure of funding its high dividend, which could get dicey in a market downturn. Western Digital's dividend outstripped its earnings early in 2019, and this could happen again late this year if a downturn arrives for the storage industry.

Meanwhile, Micron's lack of a dividend has allowed it to repurchase a good chunk of its shares in the form of stock buybacks over the past 18 months. Management has set a target of returning at least 50% of free cash flow to shareholders in the form of buybacks, meaning management can be opportunistic and flexible in returning cash to shareholders, depending on business conditions and Micron's stock price. For Foolish long-term investors, repurchases at discounted prices are much more value-enhancing than a taxable dividend, as attractive as that payout might be.

Micron is the better long-term pick

Both Micron and Western Digital have sold off mightily in the COVID-19 downturn, and both look like solid values today, with each trading at around 1.3 times book value.

However, with Micron having the broader portfolio, less competition, and better balance sheet, it's clearly the better pick for me. While both companies could end up being long-term winners from here, Micron seems to possess less risk and better upside, negating the temptation of Western Digital's 5% yield.