Please ensure Javascript is enabled for purposes of website accessibility
Log In Help Join The Motley Fool
Free Article Join Over 1 Million Premium Members And Get More In-Depth Stock Guidance and Research
By Catherine Brock - Apr 26, 2020 at 8:50AM

See how these four states compare on taxes, climate, cost of living, and recreation opportunities.

The kids are grown, you've parted ways with your career, and now it's time to settle into that retirement lifestyle. If money were no object, you might be jet-setting around the world to play golf in Scotland, brunch in France, or river cruise in Germany. Sadly, your fixed income budget requires a more sensible approach. But you could add some adventure to your life by relocating to a retiree-friendly state, where you could lower your cost of living, enjoy a better climate, and improve your access to fun activities at the same time.

Sounds nice, right? Here is a closer look at how four retiree-friendly states compare on taxes, climate, cost of living, and recreation opportunities. 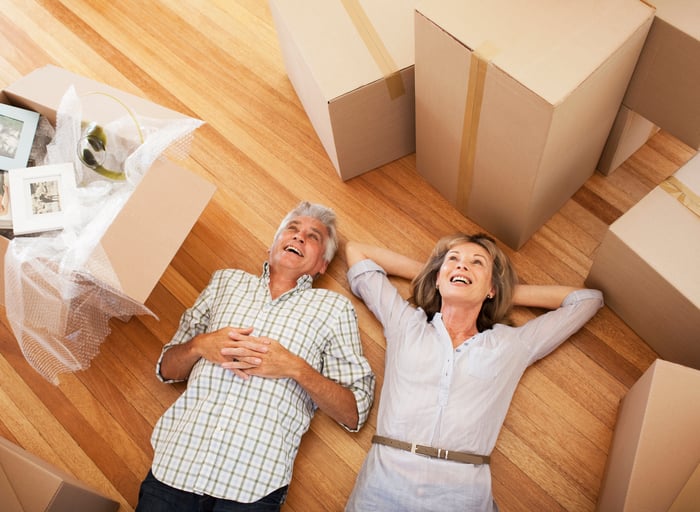 New Mexico has gained popularity with seniors in recent years. According to a 2019 United Van Lines survey, 75% of people moving into New Mexico were 55 and older. Highlights of the state's lifestyle include a dry climate, low cost of living, and plentiful outdoor activities. New Mexico does tax Social Security income, which is a drawback, though some households may qualify for senior deductions and exemptions.

Income Taxes: New Mexico taxes Social Security income, although there is a deduction available for low-income taxpayers 65 or older of up to $8,000. The state also offers a maximum $3,000 deduction for seniors' medical expenses when out-of-pocket healthcare costs exceed $28,000. In 2020, New Mexico's marginal tax rates range from 1.7% to 4.9%.

Climate: New Mexico does have four seasons, but the temperature swings are milder than what you'd experience in Ohio or New Jersey, for example. The coldest of days might see temperatures in the 20s, while average summer temperatures top out in the high 80s. There are 278 sunny days annually on average and only 15 inches of rain. That dry and sunny climate is particularly appealing to anyone who suffers from arthritis, which tends to flare up in cold, wet conditions.

Cost of living: The living wage in New Mexico is $48,050. That's among the lowest of the U.S. states, and mostly due to New Mexico's affordable housing costs. The median home cost is under $200,000 and average rent on a two-bedroom apartment is less than $900.

Arizona has long been a popular choice for retirees, particularly those who love to play golf. Year-round sunshine is the selling point of the Copper State, and the cost of living isn't bad either.

Income Taxes: Arizona does not tax Social Security, but distributions from retirements accounts are taxed as regular income. The state's marginal tax rates in 2020 range from 2.59% to 4.5%.

Climate: If you can manage through Arizona's very hot summers, you'll enjoy a winter-free lifestyle year-round. Low average temperatures dip into the 40s in December, and you'll rarely experience more than 1 inch of rain in a single month. High temperatures head up into the 100s in June, July, and August.

Cost of living: Arizona's cost of living is about average relative to other U.S. states. Home prices and rents are slightly below national averages, while utilities and gas are on the high side. The  median household income in Arizona is $56,213.

Recreation: Golf is the sport of choice among Arizona's retirees; there are more than 300 golf courses statewide. You can also explore 22 national parks and monuments, including the Grand Canyon National Park, plus 35 state parks and natural areas. On days when it's too hot to venture outside, try a tasting at one of the state's 100-plus wineries or a flight at one of dozens of craft breweries.

If you'd rather not have a line item in your budget for state income taxes, Nevada is worth a look. The gambling state is incredibly diverse and offers a lot of choice with respect to both lifestyle and climate.

Income Taxes: Nevada is very tax-friendly for seniors. Your Social Security income and retirement distributions won't incur any income taxes at the state level. That could create significant savings, considering that other states have marginal tax rates as high as 11%.

Climate: Nevada's climate is tough to summarize, because it's so varied. Las Vegas, near the state's southern edge, has mild winters and hot, dry summers. But head up north to Reno, near Lake Tahoe, and you'll see snowy winters and summer temperatures that rarely get higher than 80 degrees.

Cost of living: Despite the lack of a state income tax, the cost of living in Nevada is slightly higher than average. The median home price is nearly $300,000, and median rent is $1,403 monthly. The state's median household income is $57,598.

Recreation: Recreation opportunities in Nevada are as diverse as the state's climate. You can explore lava fields at Lunar Crater Volcanic Field, walk the caves of Great Basin National Park, or take a drive on State Route 375 for a look at herds of wild Mustangs. Or, if you land in one of the state's many master-planned retirement communities, you'll stay busy with neighborhood amenities that might include golf, tennis, pickleball, or bocce.

Florida has a nice mix of advantages for retirees. There's no state income tax, the sun shines about 65% of the time, and seniors have a variety of housing opportunities. On the downside, living in Florida means dealing with high humidity, along with severe thunderstorms.

Income Taxes: Your Social Security income and all retirement distributions will be taxed by the feds, but you won't pay income taxes to the state of Florida.

Climate: While Florida doesn't have a traditional winter that requires snow boots and ice scrapers, it does have oppressively humid summers, plus a high incidence of thunderstorms, tornados, and tropical cyclones. If severe weather is problematic for you, look into communities in central Florida, near Orlando, which have milder climates. Average temperatures in Orlando range from a low of 50 in January to highs in the 90s in June, July, and August.

Cost of living: Similar to Arizona, Florida's cost of living is about average. Housing and transportation costs are slightly lower than U.S. averages, while food and utility costs are higher. The state's median home value is $238,039, and the median rent is about $1,500 monthly. There are many retirement communities in the Sunshine State, with housing available at a broad range of price points.

Recreation: Florida has one of the country's largest state park systems, featuring 175 state parks and 100 miles of sandy beaches. You can swim, hike, nature walk, bird watch, and explore museums and landmarks year-round at those facilities. The Sunshine State is also known as a destination for golf and pickleball.

Try before you buy

The decision to relocate out of state is a highly personal one, which should be influenced by more than the state tax rate and the average number of sunny days. Where your loved ones live, how easily you make friends, and access to healthcare are important, too.

Use your research on retiree-friendly states to create a shortlist of suitable options. But then, if you can, take an extended trip to each state before making any decisions. In your time there, drive around neighborhoods, talk to strangers, and participate in community events. Immerse yourself in the lifestyle as much as you can, and that'll help you decide which locale is the best match.