Please ensure Javascript is enabled for purposes of website accessibility
Log In Help Join The Motley Fool
Free Article Join Over 1 Million Premium Members And Get More In-Depth Stock Guidance and Research
By Catherine Brock - Apr 27, 2020 at 10:47AM

Expanded unemployment benefits may help you hang on financially until this crisis ends.

The Coronavirus Aid, Relief, and Economic Security Act, also known as the CARES Act, is a $2.2 trillion package of benefits intended to soften the blow of a shuttered economy for millions of Americans. The package provides for stimulus payments, student loan deferrals, and -- maybe most importantly -- an expansion of state unemployment benefits.

Since the coronavirus outbreak began in the U.S., more than 26 million workers have lost their jobs. By some estimates, the unemployment rate could rise above 20% before the economy rights itself. That would rival Depression-era levels, and would be more than double the 9.9% unemployment rate of 2009 during the Great Recession. 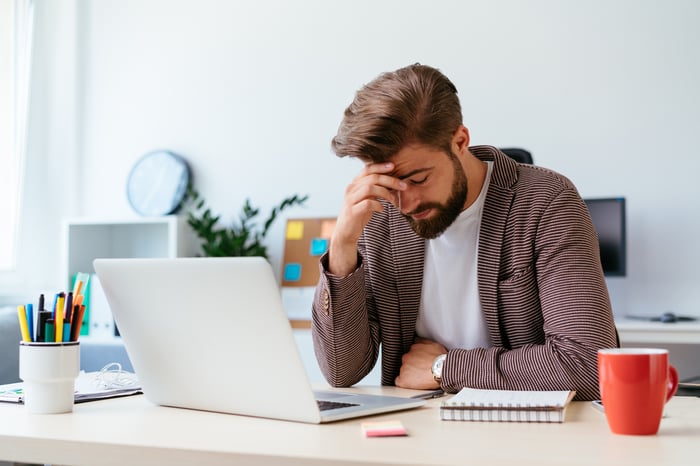 The unemployment provisions in the CARES can't insulate workers from job loss, but it may give them enough assistance to hang on through these difficult times. Here are four ways the CARES Act expands unemployment benefits.

In normal times, you only qualify for unemployment benefits if you've earned a state-defined minimum in W-2 wages. That W-2 wage requirement automatically excludes anyone who makes a living on 1099 income -- such as gig workers, freelancers, and independent contractors.

The CARES Act addresses these individuals by establishing the Pandemic Unemployment Assistance (PUA) program. PUA extends unemployment benefits to the self-employed, along with anyone who's looking for part-time work, those who haven't worked enough to meet the state's minimum requirement, and those who've previously exhausted their unemployment benefits. Applicants do need to certify that they're partially or fully unemployed or demonstrate that they aren't able to work due to COVID-19.

These individuals can collect PUA benefits through the end of the year, up to 39 weeks. At a minimum, they'll receive half the state's average weekly benefit for their eligibility period, plus an additional $600 weekly through July 31, 2020. In February, average weekly benefits nationwide ranged from $215 in Mississippi to $550 in Massachusetts.

Undocumented workers and those with no records of income are not eligible for unemployment under PUA.

Unemployment benefits normally expire after 13 to 26 weeks, as defined by each state. The CARES Act, however, allows for an additional 13 weeks of benefits under the Pandemic Emergency Unemployment Compensation (PEUC) program.

3. Checks will be higher

The most talked-about unemployment provision in the CARES Act is a $600 increase to the weekly benefit through July 31, 2020. This is an automatic increase that's available to anyone who qualifies for unemployment, including the self-employed and others who are newly eligible.

After the end of July, benefits amounts will be reduced to reflect the expiration of this provision.

4. Waiting periods may be waived

States normally require you to wait a week after you lose your job before you can collect unemployment benefits. The CARES Act doesn't require the individual states to waive this waiting period, but it's strongly encouraged. The feds are actually funding all benefits paid by states for that waiting period.

Many states have already announced that they are waiving the waiting period, including Connecticut, Florida, Missouri, New York, Oklahoma, Rhode Island, and Wisconsin.

Gather your documentation and file

If you have been laid off or are otherwise unable to work due to the coronavirus recession, don't waste any time gathering proof of income and filing for unemployment. To find your state's unemployment website, check the U.S. Department of Labor's CareerOneStop directory. Know that state unemployment offices are struggling to adjust to the influx of claims and the new rules established by the CARES Act -- so expect delays and even technical issues with online claim filing. Once you do get through, your benefits will be retroactive to the date of job loss, assuming your state has waived its waiting period.