Please ensure Javascript is enabled for purposes of website accessibility
Log In Help Join The Motley Fool
Free Article Join Over 1 Million Premium Members And Get More In-Depth Stock Guidance and Research
By Howard Smith – Apr 27, 2020 at 10:21AM

BP (BP -0.70%) informed investors Monday that it will restructure some terms of its previously announced sale of Alaska assets to Hilcorp. In August 2019, BP announced the original $5.6 billion deal to sell its interests in the Prudhoe Bay field and Trans Alaska Pipeline to Hilcorp, the largest private operator in Alaska.

The company believes the new financial terms will be similar to the deal's original valuation, Reuters reports. The recent plunge in oil prices has led to a restructuring of the deal's payments, possibly giving BP a smaller cash injection than it originally expected. 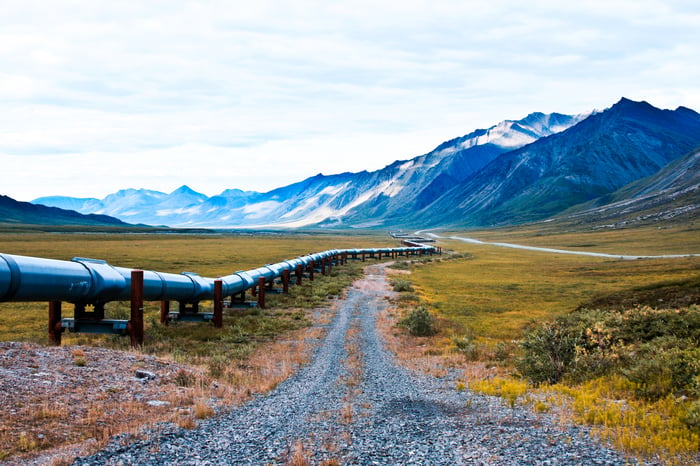 The severe drop in oil prices has forced other major oil companies like ExxonMobil (XOM -1.54%) and Chevron (CVX -0.76%) to cut 2020 capital spending plans by up to 30% in an effort to conserve cash. The restructured sale to Hilcorp will result in smaller payments for BP in 2020, and a new arrangement for cash flow distribution, according to the report.

Under the original terms of the agreement, Hilcorp would have pid $4 billion in the near-term, with the remaining $1.6 billion paid "through an earnout thereafter." The $5.6 billion deal was a significant part of its $10 billion divestiture plan.

At the time the deal was announced, BP said it expected to average almost 74,000 barrels per day out of Alaska. The company has been working in Alaska since 1959.