The programming might be just what you'd expect from the outdoor lifestyle company.

It seems everyone is launching their own streaming service, and with the country on lockdown due to the coronavirus pandemic, the captive audience makes for a good time to start one.

Add high-end cooler maker Yeti (YETI -4.74%) to the list of companies offering viewers new streams to watch, though its service comes with a catch: The videos are of actual streams. 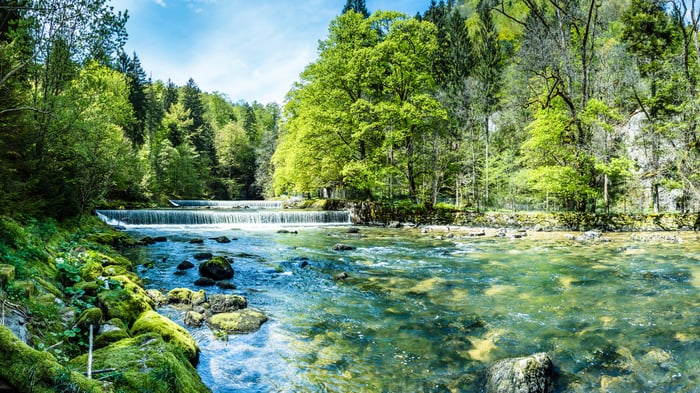 A fire in the belly for the outdoors

A statement on the Yeti+ website says: "We'll be back outside before we know it. Until then, kick back, grab a cold one, and wet your appetite for the wild with one of our streams." Where it has multiple videos of streams in one location, it divides them into "seasons."

It marks another departure for Yeti from simply making gear for outdoor enthusiasts. In January it sponsored the Yeti Film Tour, which was to bring seven unreleased films "that capture the unbreakable human spirit, ambassador visits, and raffles for YETI products" to 12 cities, but had to postpone the tour due to the pandemic.

While the idea of watching a running stream complete with sounds of the water, birds, and nature may strike some as odd, it is not much different from WPIX-TV in New York airing a fireplace with a yule log burning in it -- replete with holiday music playing in the background -- without commercial interruption on Christmas morning every year.