Please ensure Javascript is enabled for purposes of website accessibility
Log In Help Join The Motley Fool
Free Article Join Over 1 Million Premium Members And Get More In-Depth Stock Guidance and Research
By Rich Duprey - Feb 15, 2020 at 8:05AM

Yeti (YETI 1.51%) landed firmly on its feet in the fourth quarter, reporting revenue and profits that came in well ahead of analysts' expectations.

The company also offered an upbeat outlook for the coming year, indicating it has found the right mix of products and channels that consumers are responding to. 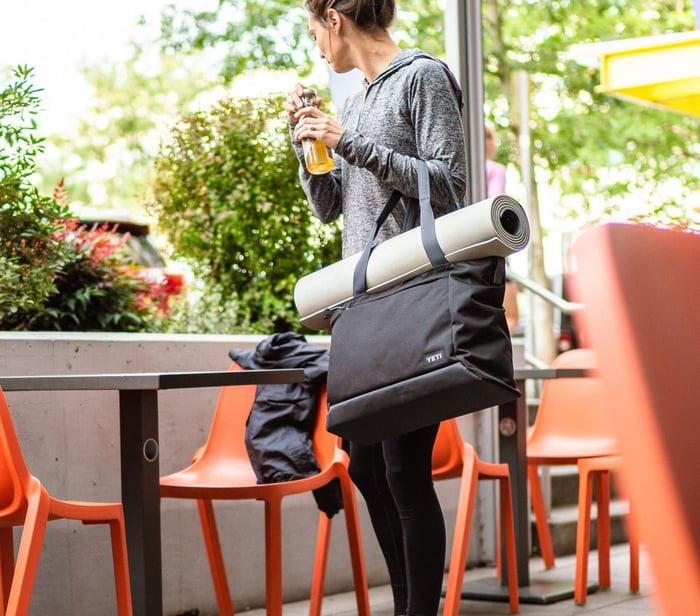 Sales up across the board

While cooler and equipment sales rose 12% year over year to $102 million, drinkware revenue soared 34% to $192 million. It was last year when sales of drinkware like tumblers and ramblers surpassed the cooler business, on which the company's reputation was founded. And the drinkware category continues to outperform. There is a certain cachet attached to the Yeti brand lifestyle, and someone unable to afford a $1,000 cooler can still be a part of it with a $30 rambler.

The outdoor gear maker realized there was an opportunity to move into new verticals, and it took advantage of the desire of consumers to identify with its brand. Innovation has also been responsible for the continued growth of its coolers, as it branched out into soft-sided offerings that gave consumers the chance to bring Yeti gear to more locations and new and varied occasions.

Soft coolers such as its new Hopper M30 and Daytrip lunch bag were behind the higher cooler sales this quarter. Importantly, this line extension also helped bolster Yeti's profits; production had been almost wholly moved outside of China by the end of the year, so it avoided the tariff hikes and residual duties.

Gross profit increased 27% during the quarter to $162 million, or a net margin rate of 54.5%, compared to a 53.0% margin in the year-ago period. Overall, Yeti's adjusted operating income increased 30% year over year to $59.7 million, powered by margin expansion of more than one full percentage point.

Going to where the customers are

Yeti has also made smart partnerships with retailers like Dick's Sporting Goods, Lowe's, and numerous independent outlets to reach more customers who might not have a chance to interact with Yeti products.

Wholesale revenue rose 14% to $149 million and was up 7% for full-year 2019, suggesting this channel is expanding and continuing to become more important. Yeti says it plans to develop additional wholesale penetration this year.

Also key to Yeti's growth has been the expansion of its direct-to-consumer channel. Not only its website, but Yeti now has six retail locations, and during the holidays, it opened several pop-up stores. Management says it learned a lot from those locations, which is informing the opening of a seventh store in Denver and another pop-up shop in Fort Lauderdale.

DTC sales surged 34% in 2019 to $386 million and now account for half of the top line, a level Yeti achieved several years ahead of expectations.

Should you pay up for quality?

In short, Yeti continues to leave a large footprint in the outdoor gear industry and in retail overall. But it's also attracting competition, which could begin to eat away at its market position. Coolers from rivals such as Igloo and Newell Brands' Coleman are more than satisfactory to many consumers. But even as a niche business focused on high-end offerings, Yeti has managed to use its strong brand to its advantage with successful expansions into new business lines.

Yeti stock is a little pricey, trading for 40 times trailing earnings and 27 times forward earnings estimates. To some, that premium is earned, given the company's latest report, but with management guiding for top line growth of 13% to 15% in fiscal 2020, growth is slowing for yet another year.