The high-end cooler maker has a number of tailwinds pushing it forward.

Premium cooler company Yeti Holdings (YETI -3.08%) has done a good job of beating earnings expectations since going public, and when it reports fourth-quarter earnings on Thursday, Feb. 13, it's likely to be another upbeat report.

Rising direct-to-consumer sales have not only boosted revenue but also improved profitability. The segment's volume increase has allowed its suppliers to rein in costs, so even where Yeti's results could have been negatively impacted by the trade battle with China, strengthening sales have more than made up for it.

The recent coronavirus outbreak won't be a factor for the fourth quarter, though it may weigh on Yeti's guidance for the coming year. Let's take a look at what Yeti investors can expect. 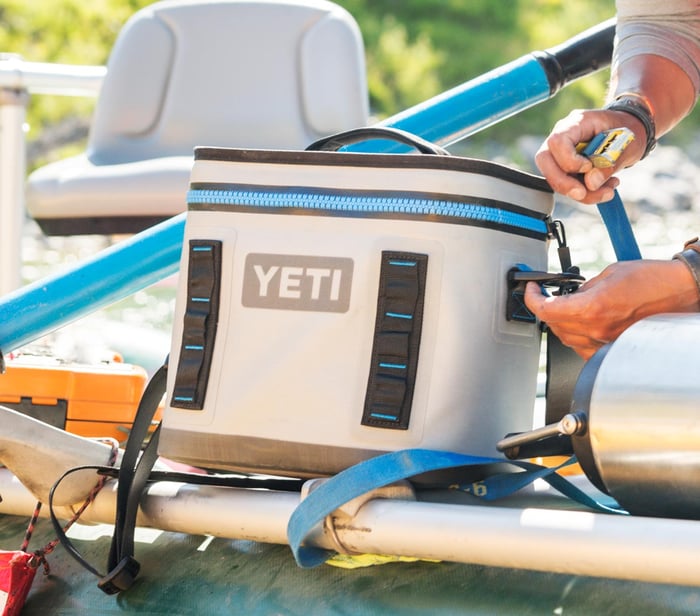 The benefit of things that never happened

Drinkware has become the driver of Yeti's growth, even though its coolers are its claim to fame. Last quarter, drinkware revenue jumped 21% year over year to $126 million, compared with a 13% increase in cooler sales to $98 million.

Yet where much of Yeti's cooler production has moved out of China -- especially for its popular, new soft-sided coolers, where it has found suppliers outside of the country for almost all of its products -- drinkware is still almost wholly rooted there.

Yeti said there was not much of a developed supplier channel for such products outside of China, so it was going to rely upon other strategies to mitigate the impact of tariffs. While Yeti did an excellent job of ensuring shared sacrifice from its suppliers through the third quarter, the expected round of list 4B tariffs would not be so easily displaced.

However, those tariff increases never went into effect as the U.S. and China called a ceasefire in their escalating trade barbs, and since then, they've been working to dismantle the higher duties they imposed. Just recently, China said it will lower tariffs on some $75 billion worth of U.S. products, cutting the tariff in half from 10% to 5%. It previously lowered tariffs on 850 goods beginning Jan. 1.

The potential for what's to come

The company also continues to find new outlets to sell its goods. Yeti's partnership with home center Lowe's to carry some of its high-end gear has one analyst estimating it could generate $30 million in incremental sales in 2021, or some $0.10 per share to incremental earnings.

Yeti also added a collection of its goods to retailers such as Total Wine, Amazon's Whole Foods, and Williams-Sonoma, as well as continuing its partnerships with retailers like Dick's Sporting Goods.

One of the most important channels for Yeti is direct to consumer (DTC). Last quarter, DTC sales jump 31% year over year, which helped boost gross margin 270 basis points, whether it's online or in Yeti's growing retail store presence. And in its own stores, the company is introducing exclusive products like its Crossroads tote and backpack.

Yeti maintained it was holding the line on being promotional over the holidays, which suggests it is seeing sufficient consumer demand, so it doesn't feel the need to use markdowns. And having added a new distribution center, it should further save on costs.

That also means it must rise to investors' high expectations to avoid another sell-off. Shares have swung wildly in the past after reporting earnings when the growth stock failed to sufficiently raise guidance in the first half of 2019, for example. But Yeti looks like it's on track for another solid quarter.