Please ensure Javascript is enabled for purposes of website accessibility
Log In Help Join The Motley Fool
Free Article Join Over 1 Million Premium Members And Get More In-Depth Stock Guidance and Research
By Andrew Tseng - Apr 27, 2020 at 10:57AM

Does the discount outweigh the risks?

Liberty SiriusXM Group (LSXMA 1.90%) (LSXMK 1.80%) (LSXMB 0.98%) is one of three tracking stocks within Liberty Media. It also has The Liberty Braves Group and Formula One Group. Tracking stocks are not common, so let's define them. According to Liberty Media's annual report:

A tracking stock is a type of common stock that the issuing company intends to reflect or "track" the economic performance of a particular business or "group," rather than the economic performance of the company as a whole. [The three tracking stocks] ... do not represent separate legal entities, but rather represent those businesses, assets and liabilities that have been attributed to each respective group.

So, is Liberty SiriusXM stock a buy? To figure that out, you have to look at Sirius XM.

A good business with risks 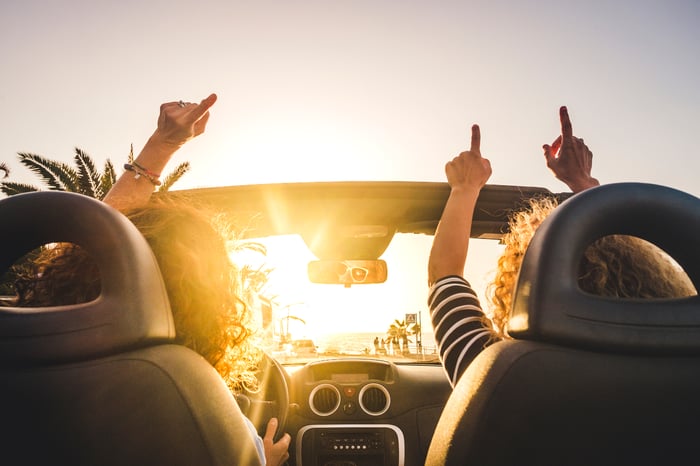 The business is steady and slow growing, but it generates prodigious free cash flow. Over the last three years, the company generated $1.6 billion, $1.5 billion, and $1.6 billion of free cash flow, respectively, excluding the pre-acquisition results of Pandora, which Sirius XM acquired in early 2019.

Lately, Sirius XM shares have tanked due to investor fears that the company's subscriber base could slow or even decline if a COVID-19-fueled recession causes fewer new subscriber additions or higher cancellations.

There is also substantial uncertainty around the company's long-term future. The company's flagship exclusive talent is Howard Stern, but his contract for live shows expires in December, when he says he's retiring. Sirius XM still has rights to Stern's library of content through 2027, but it's unclear the extent to which Stern fans will find that as compelling and remain loyal subscribers.

In addition, the company faces competitive threats to its position in the car as Spotify (NYSE: SPOT) continues to grow rapidly. Spotify management has a stated goal of achieving at least 20% of its listening in non-music audio, which would move the company's offering closer to that of Sirius XM's more diverse choice of music, news, weather, sports, comedy, and other entertainment. It's possible Sirius XM could begin to lose subscribers or face pricing pressure if it can't maintain sufficient competitive differentiation from its peers.

Liberty Sirius XM's primary attributed assets are the 3.2 billion shares of Sirius XM, 7 million shares of iHeartMedia (NASDAQ: IHRT), and $387 million of corporate cash. In addition, Liberty Sirius XM has debt attributed to it. That includes $400 million of 2.125% exchangeable senior debentures due 2048, $604 million of 2.75% exchangeable senior debentures due 2049, and a $350 million margin loan. At current Sirius XM and iHeartMedia stock prices, those assets are worth $16.6 billion and $50 million, respectively. Add in the $387 million of corporate cash, and the company's total attributed assets are worth $17 billion. Subtract the face value of those three pieces of debt, and the tracking stock's net asset value is $15.7 billion.

Among three share classes of Liberty Siriux XM Group stock, there are 315.3 million shares. That means Liberty Sirius XM's net asset value is about $50 per share.

Liberty SiriusXM Group's Class A shares and Class C shares (trading under LSXMA and LSXMK, respectively) are trading for $30.43 and $30.96 per share, respectively, as of this writing. (The stock's B shares [LSXMB] are not actively traded.) Given a roughly $50 net asset value per share, both stocks are trading at substantial discounts to their fundamental values.

While it's attractive to buy a good business at a steep discount, the risks facing Sirius XM over the long term create a substantial amount of uncertainty. If Sirius XM ends up losing subscribers over time, that's not a business investors should want to own. That's why Liberty SiriusXM is not a buy.