Yum! Brands' (YUM 1.92%) chain Kentucky Fried Chicken launched plant-based protein in a handful of its U.S. restaurants in August 2019. Provided by Beyond Meat (BYND -0.30%), the "Beyond Fried Chicken" pilot program is being tested for an eventual nationwide rollout as interest in meat-alternative foods is on the rise.

Now that test is being expanded to KFC China, which is operated by former Yum! Brands subsidiary Yum China (YUMC 1.24%), exclusive licensee of KFC, Pizza Hut, and Taco Bell in the country. KFC is China's largest restaurant chain with over 6,500 stores at the end of 2019, and will become the first Western-style fast-food brand to introduce faux chicken in the country. The product is made of soy, wheat, and pea protein.

However, unlike the U.S.-based KFC stores, Yum China isn't partnering with upstart Beyond Meat. Instead, it's opting to go with privately owned consumer staples giant Cargill for its chicken alternative. From April 28 to April 30, consumers in Shanghai, Guangzhou, and Shenzhen will be able to try KFC's plant-based fried "chicken" nuggets -- priced at 1.99 Chinese renminbi ($0.28) for five pieces. During the test period, participating KFC stores in the three Chinese cities will get decked out in green to promote the nuggets. 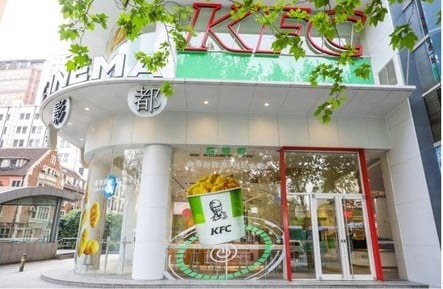 Chinese consumers have been showing interest in meat alternatives and other foods that are viewed as more sustainable. KFC's meatless chicken is showing early promise. Pre-sale vouchers, sold exclusively in KFC China's app, sold out in Shanghai within the first hour of availability, according to Yum China.

One of the reasons KFC China was spun off as an autonomous company from Yum! Brands in 2016 was to give the chain more flexibility adapting its menu to unique consumer tastes. It's too soon to tell if meat alternatives have staying power in the world's most-populous country, but it's clear that demand in the U.S. and other developed markets is beginning to spill over into China as well.