Please ensure Javascript is enabled for purposes of website accessibility
Log In Help Join The Motley Fool
Free Article Join Over 1 Million Premium Members And Get More In-Depth Stock Guidance and Research
By Keith Speights - Updated Apr 27, 2020 at 11:33AM

Investors are excited about positive late-stage results for its narcolepsy drug.

Shares of Avadel Pharmaceuticals (AVDL -0.58%) were skyrocketing 24.9% as of 11:19 a.m. EDT on Monday. The big jump came after the drugmaker announced positive results from a late-stage study evaluating the once-nightly sodium oxybate drug FT218 in treating excessive daytime sleepiness and cataplexy (a condition where a person collapses while remaining conscious) in patients with narcolepsy.

Avadel reported that all three doses of FT218 evaluated in the study met the three primary endpoints of improvement on the maintenance of wakefulness test (MWT), clinical global impression-improvement (CGI-I), and mean weekly cataplexy attacks. 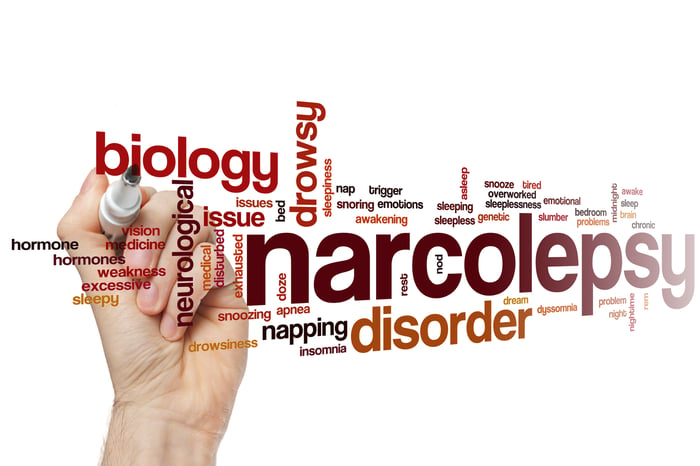 The efficacy results for FT218 appeared to be promising. If the drug eventually wins regulatory approval, it should be a commercial success for Avadel. The market for sodium oxybates that are taken twice each night is estimated to be around $1.7 billion annually. Avadel's market research indicates that physicians and patients would be highly interested in a once-nightly drug.

But what about the safety profile for FT218? Avadel said that the 9-gram dose of the drug was "generally well tolerated." The company stated that the most common adverse reactions were nausea, vomiting, decreased appetite, dizziness, sleepiness, tremor, and involuntary urination. Avadel also indicated that 3.9% of patients taking the 9-gram dose of FT218 discontinued therapy. The company didn't release safety data for the 7.5-gram and 6-gram doses of the drug.

Good news for Avadel translated to bad news for Jazz Pharmaceuticals (JAZZ 2.05%), which markets the leading twice-nightly sodium oxybate drug Xyrem. If approved, FT218 seems likely to take market share away from Xyrem. But Jazz's shares weren't jolted by Avadel's announcement, with the biotech stock even climbing slightly on Monday.

Avadel now plans to share the results from the study with the Food and Drug Administration and move toward the submission of a regulatory filing for FT218. The company also stated that it will present more detailed data from the study in publications and at upcoming medical conferences.