Investors seem optimistic as a handful of states prepare to reopen parts of their economy.

Shares of BJ's Restaurants (BJRI -4.02%), Bloomin' Brands (BLMN -4.16%), and Brinker International (EAT -5.02%), well-known restaurant companies, all jumped over 10% Monday after the hard-hit industry sensed that some states are pushing to dial back social-distancing measures.

The restaurant industry, especially brands that rely heavily on the dine-in crowd rather than pickup and delivery, has been hard hit during COVID-19 as social distancing and closed restaurants have slowed sales to a near standstill. Many companies in the restaurant business aren't prepared for a drastically cut revenue stream over any length of time, and with uncertainty about how long we will have negative impacts from the COVID-19 pandemic, the stocks have been heavily sold off. 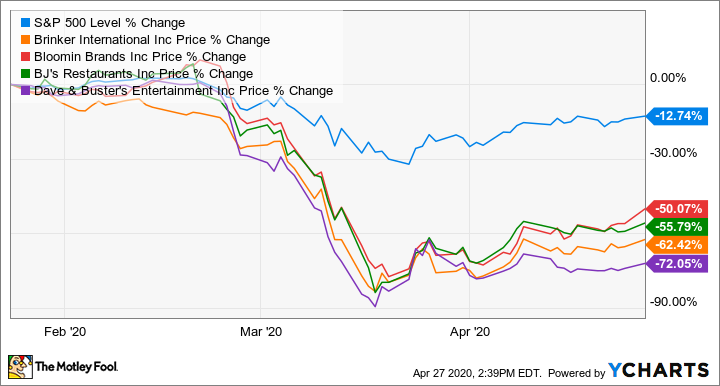 So it's no surprise that Monday provided some relief to restaurant stocks after comments from Adrew Cuomo, New York's governor, suggested the worst of the outbreak could be over. Cuomo noted that the death toll in the state dropped to the lowest in nearly a month at 337, and while that is still tragic, it is below the peak of 799 on April 9. A handful of Southern states are already planning to slowly reopen parts of their economy, and Cuomo suggested a New York phased reopening could begin in certain industries around May 15.

Right now, the name of the game is damage control. BJ's serves as a great example. The company has invested in its off-premise sales offering Family Feast selections and to-go craft beer options that have helped offset some of its lost dine-in sales. BJ's sales declines were at their worst for the week ended March 24, at 82%, but that has since eased to a 70% decline during the week ended April 21. Through other cost reductions, the company has reduced its cash burn to roughly $2.5 million per week, and it has roughly $70 million of cash on its balance sheet. 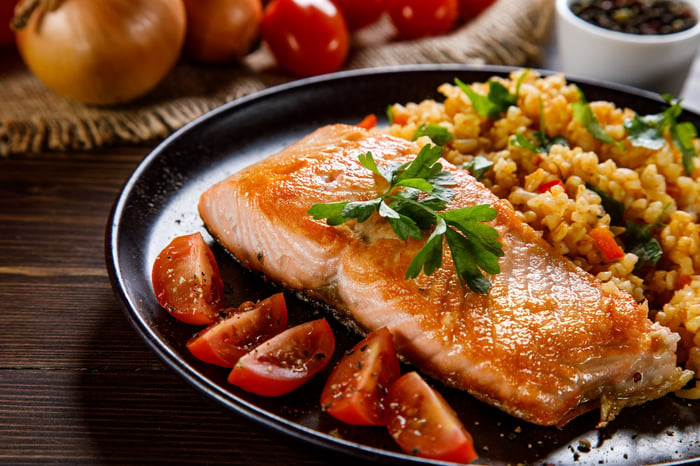 Brinker International, operator of Chili's and Maggiano's, is also an example of capitalizing on off-premise sales, which have more than doubled year over year and account for roughly 30% to 35% of prior-year company sales. Management noted its cash burn was less than $10 million per week and its cash on the balance sheet as of March 31 was $137 million, with total liquidity at $237 million.

Ultimately, companies have drawn just about as much liquidity as they could, and have offset the loss of dine-in crowds as best as possible. Now it's just about finding the balance in opening the economy back up as safely as possible, and whether companies have the liquidity to weather the COVID-19 storm. Expect continued share-price volatility as policymakers try to walk the fine line of reopening the economy and keeping consumers safe.